I'm just back from three great days on Skye working with Pete and Ray for Skye Guides. Sunday saw us ticking off the southern two Munros in great weather for most of the day but the cloud did come in later in the day with a couple of light showers but thankfully we made it back to the car before the wild weather really hit.
Sunday night was a wild night on the Island and the weather was due to clear later Monday morning so we had a late start and headed up to An Dorus to get the middle two Munros and our plan worked as it stayed dry and the cloud lifted.
Yesterday we headed up the Sgumain stone shoot and over the top to Sgurr Alasdair and continued along the ridge north to Sgurr Mhic Choinnich and down the An Stac screes. Pete and Ray are having a rest day today before they head out again tomorrow with Jon.
I've got a couple of days off now before a ridge traverse attempt over the weekend, lets hope the weather holds out. 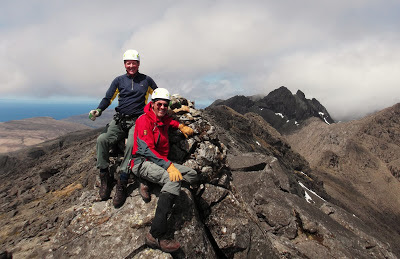 Ray and Pete enjoying the views from Sgurr nan Eag.

Posted by Scott Kirkhope at 06:04 No comments:

A catch up and Skye conditions.

I've had a break from the blog over the last month as I've been doing some centre based work and had a great little break to north Wales with Gillian so haven't really had anything useful to report. This week though I've been up on Skye working for Skye Guides. The weather and conditions have been challenging to say the least but we still managed to get out. There is still some big patches of old snow lying around on the North facing cliffs and in some of the gullies. Most of them are avoidable or are small enough to run a quick pitch up it needed. An Dorus and the great stone shoot still have a good amount of snow that will be there for a while and Coire a Bhastier still has long approaches over snow slopes and will need winter kit for a while. The ridge itself is free of old snow and anything that has fallen this week should be melting off in today's sun. 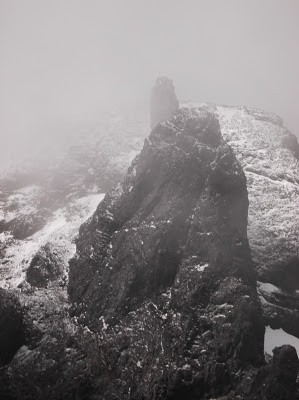 An Stac and the In Pin on Wednesday. 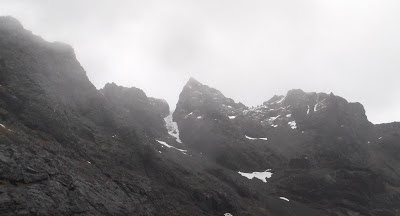 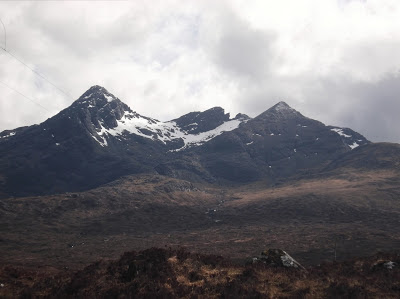 Coire a Bhastier.
Posted by Scott Kirkhope at 03:27 No comments: