Ardverikie wall in the sunshine.

With a better forecast over East Neil and I headed over to Binnien Shaus to climb the classic of the crag and said to be possibly the best Hard severe in the country, Ardverikie wall. It was still drizzling when we arrived at the car park but 30 mins later it was starting to dry up so we headed in to see what would happen. Thankfully it did brighten up and it wasn't long before we were followed by Mark Chadwick and his team and a three other teams arrived when we were half way up the route.

The weather was great and the route was fantastic with good clean rock and some fantastic climbing and it lived up to it's reputation. It was nice to be out moving on rock as I've just been too busy this summer so far to actually get out climbing for myself. The rain is due to return tomorrow so it's back out on the bike. 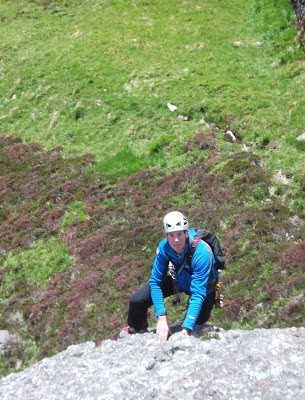 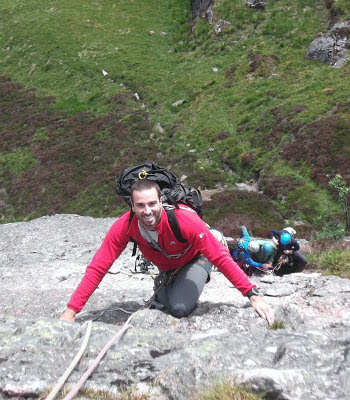 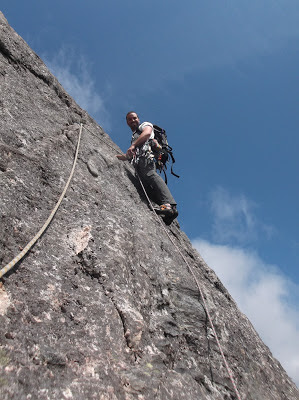