Back to the blog!

I've been a bit slack with the blog this summer but winter has arrived so it's time to start again. A couple of routes have been done here on the West, such as the Slab climb and other easier mountaineering type routes. With the mild and wet Autumn the turf has taken it's time to freeze but it looks like things are shaping up. Today I was out on the hill with some students from the West Highland College working on their nav and after a cold night the ground was frozen above about 400m and remained that way for most of the day. We are due some cold nights with milder days for the weekend which will hopefully continue freezing the turf further. We have got some snow on the hills but not so much that these temps won't be getting to the turf. Fingers crossed! 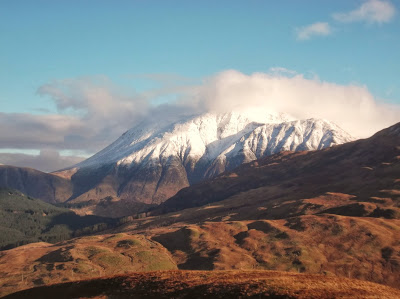 Ben Nevis from the South. 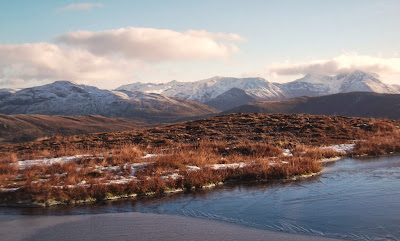 Glen Coe with S.C.N.L and Bidean on the right.

Posted by Scott Kirkhope at 09:51 No comments: