I was out with Tim today for Mountain Motion and our plan was to get a quick hit in before the weather turned later in the day. We were the first at the car park this morning and set off in the drizzle which soon turned to snow, our progress up to Far eastern buttress was slowed as we had to brake trail as the trench from the previous days had already filled in but we were gearing up in just over an hour from the car.
Eastern slant III,4 was our route for today and it gave us three pitches of climbing with great climbing at the grade on the first and last pitch. There is some useful ice about and the turf is well frozen where exposed though not as much neve as I was expecting. Route done, then all we had to do was break trail back down again. Lots of snow falling today and constantly being shifted about in the blustery conditions. 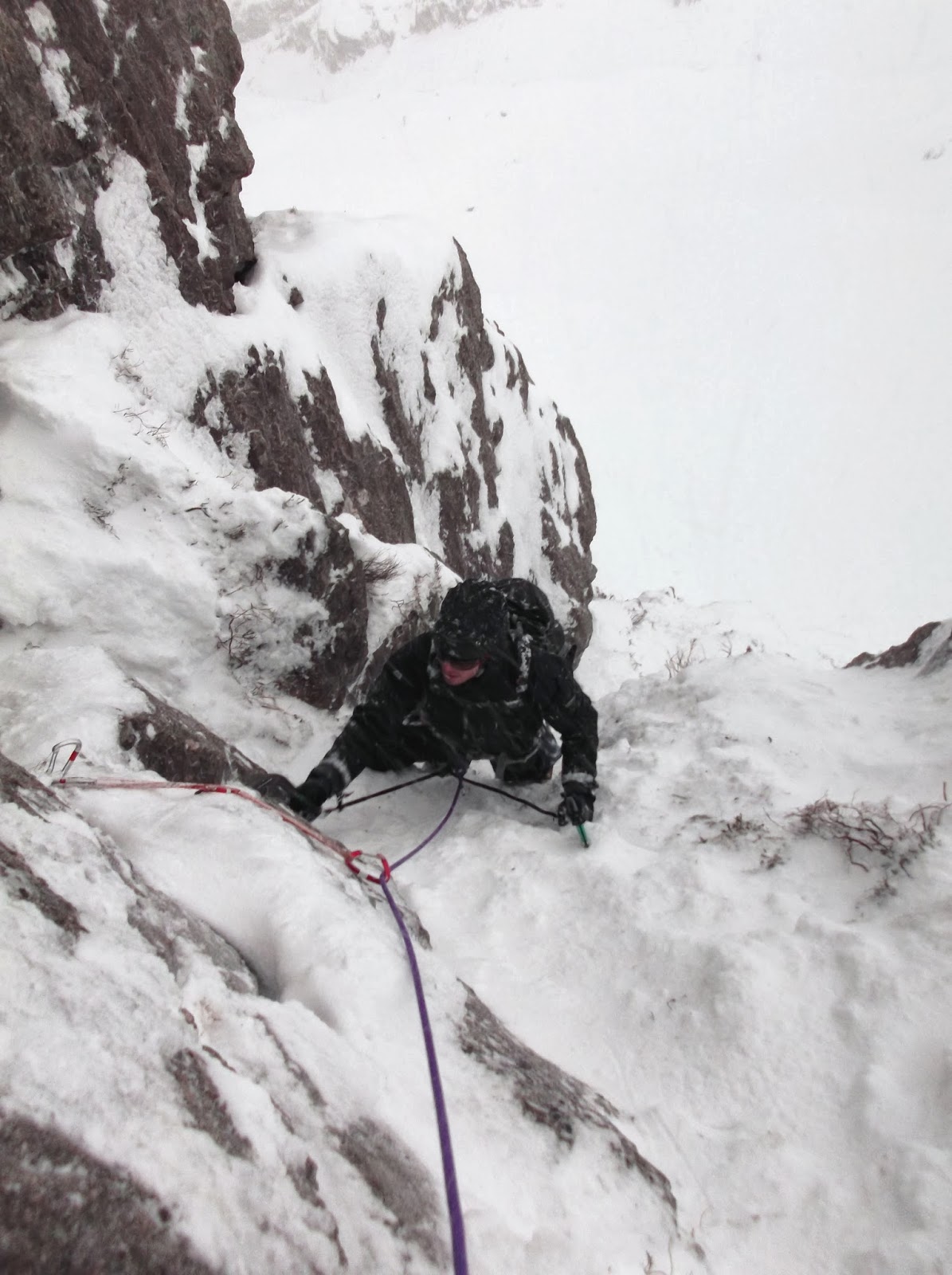 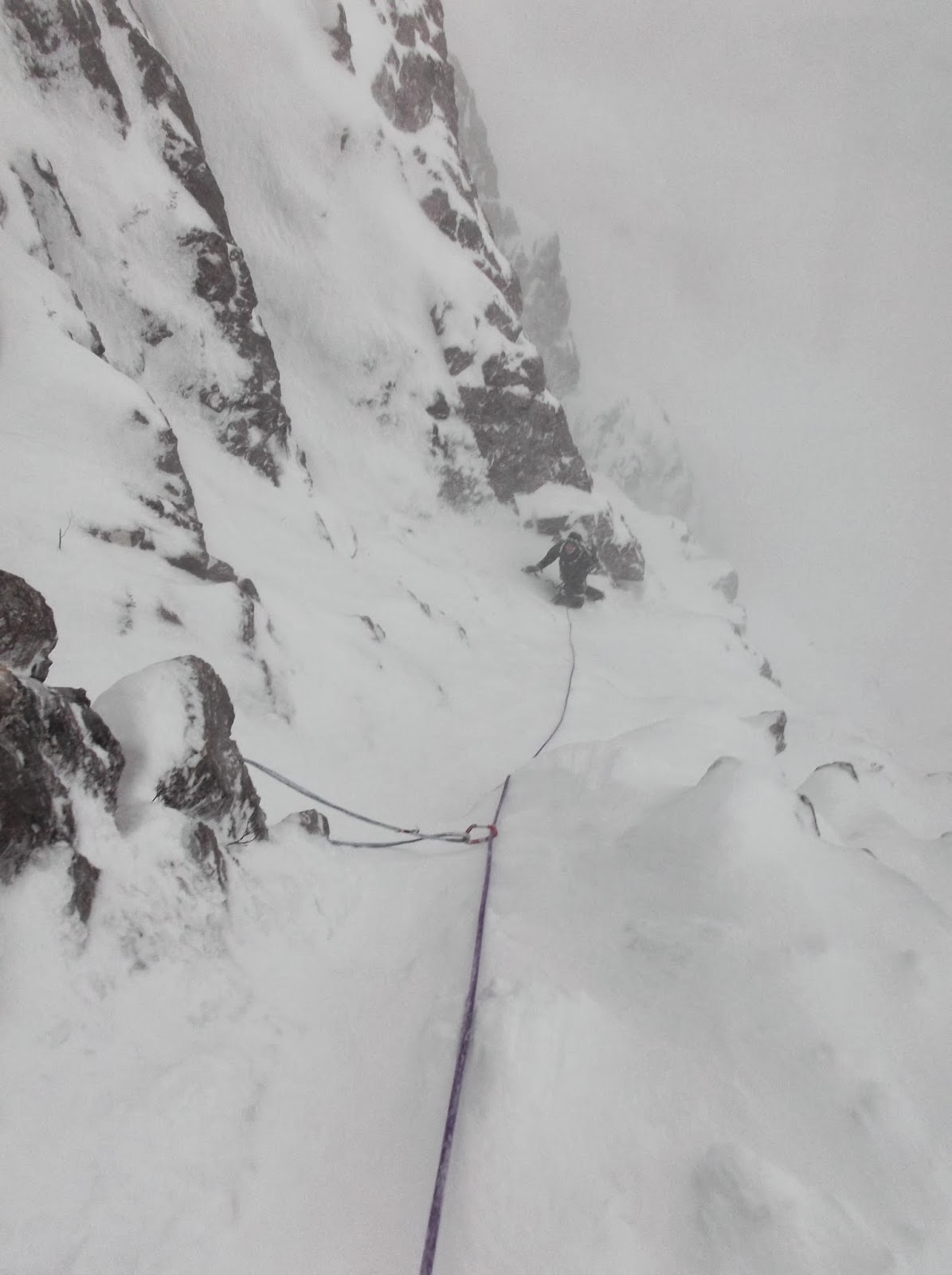