Wild on the Ben.

Scott and I headed up the Ben this morning with a plan to get a route in low on the mountain given the forecasts. It wasn't long after leaving the car park that we hit the snow line and by the time we got to the CIC there was a good covering of new snow and more still coming down. We geared up and picked our way up round the deep deposits of new snow to the foot of the west gully of Douglas boulder. The wind was howling up the gully which was promising for our ascent but was probably going to cause a problem when it came to going down east gully. We climbed the route in three pitches looking at stance management, ropework and gear placements with snow falling the whole time and the wind blowing it around in all sorts of directions. I got a good rock runner to see me round the cornice but as a popped my head over the top the view down east gully wasn't promising, so back down we went. As we made our descent of west gully the weather took a turn for the worse and it became a case of just getting the hell out of there. We headed back down retracing our steps, of which none were to be seen and headed back to the CIC for some shelter. 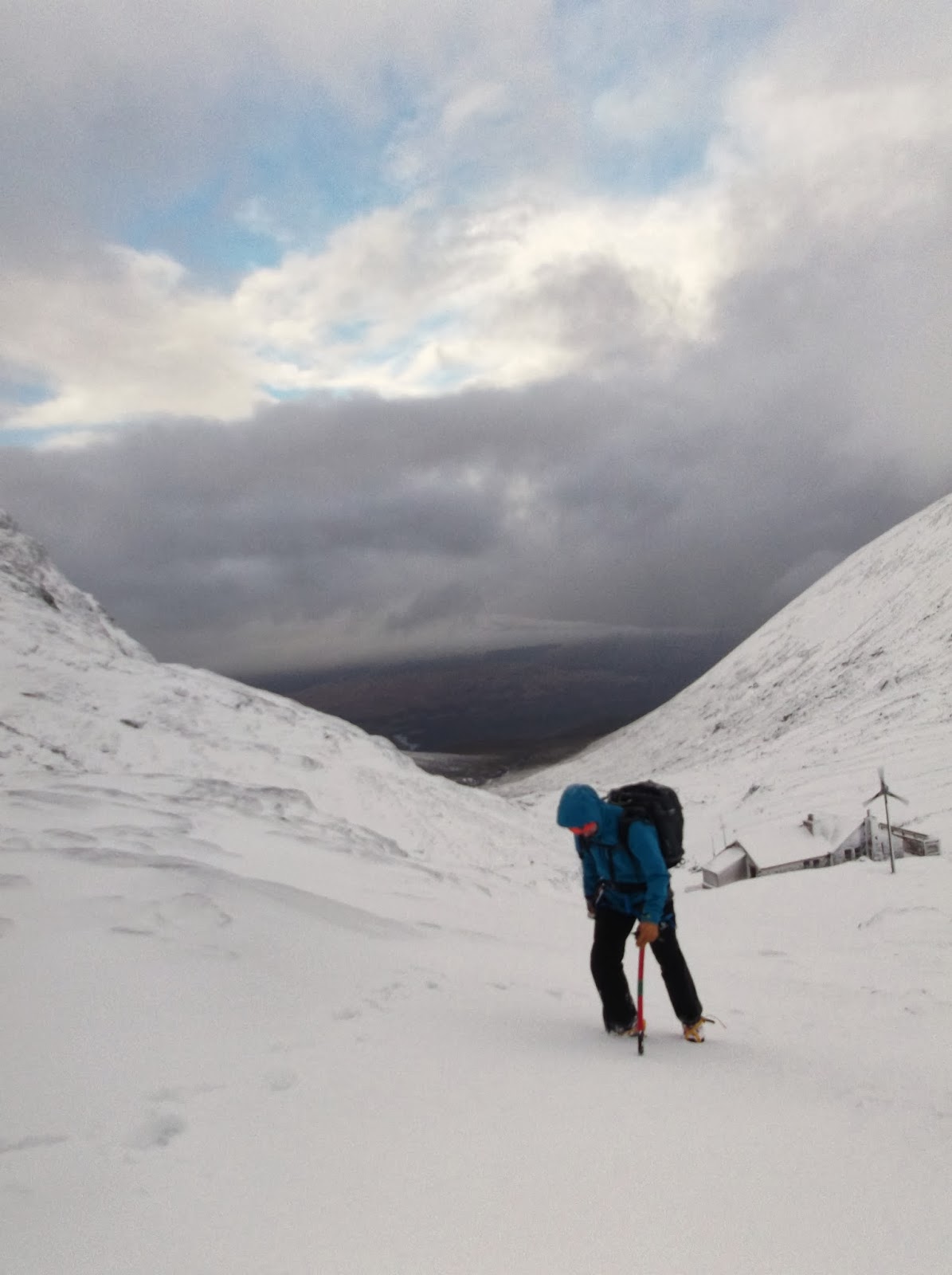 Just to prove there was some sunshine today. 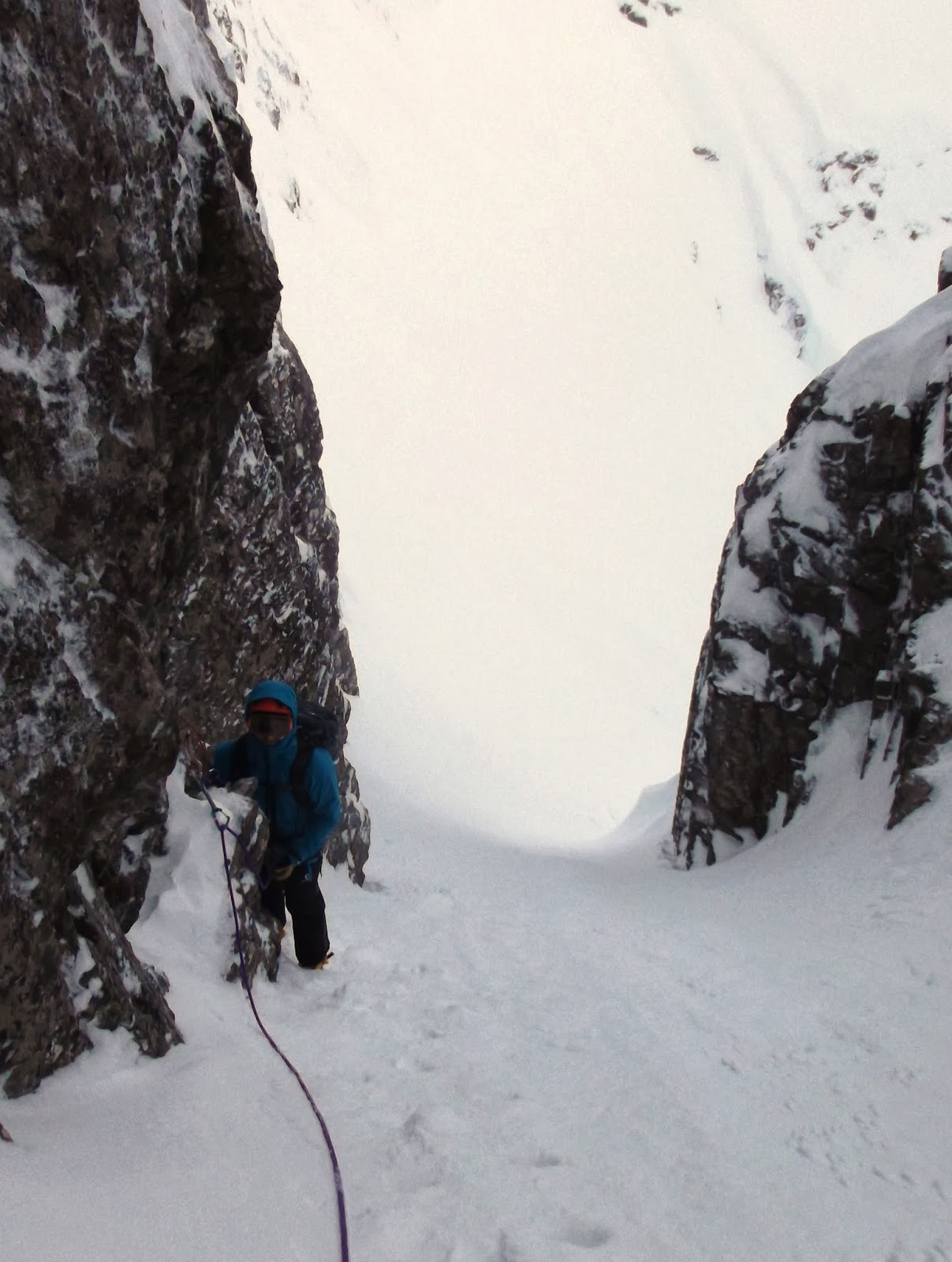 It looks like it's quite calm but Scott wearing his goggles is a give away. 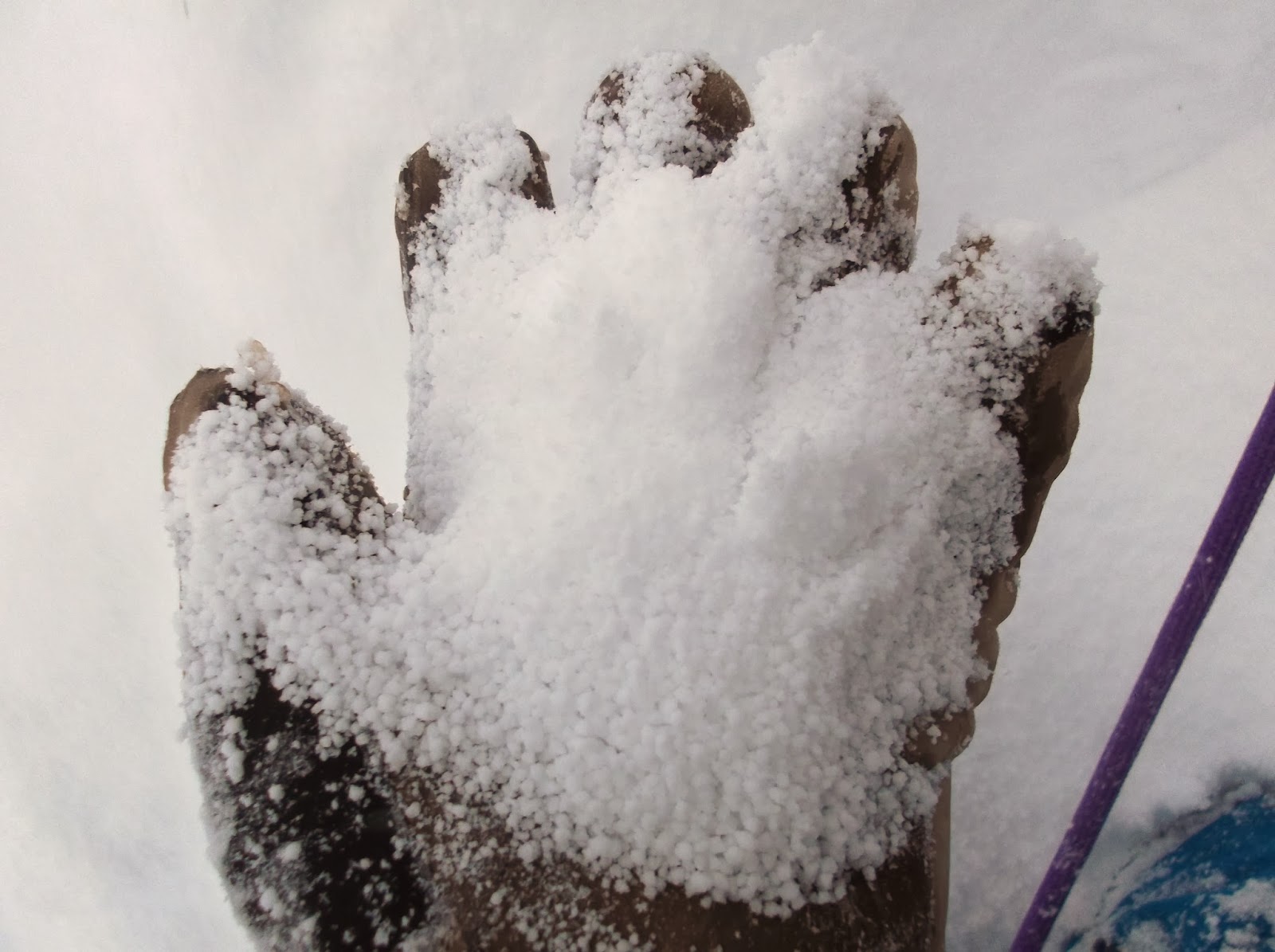 This is the snow that was falling and sloughing down the gully as we ran away. 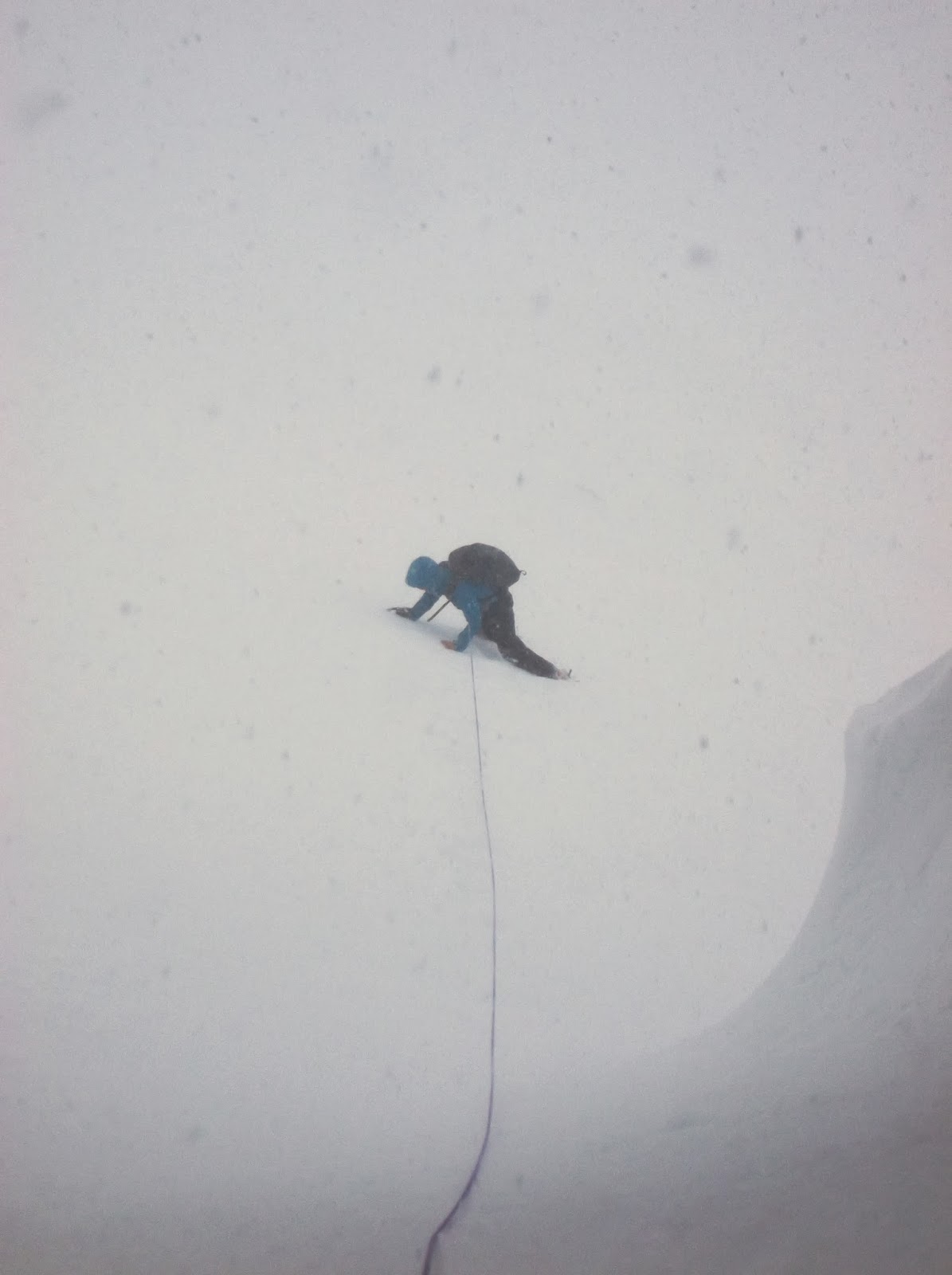 This is what most of the day looked like.