Spring in the Outdoor Capital.

The last two days in the Outdoor Capital have been stunning. Spring really is the best time of year, today you could of been winter climbing on the Ben, skiing at Nevis Range, out on your mountain bike or like us, rock climbing in the sun, Enough said! 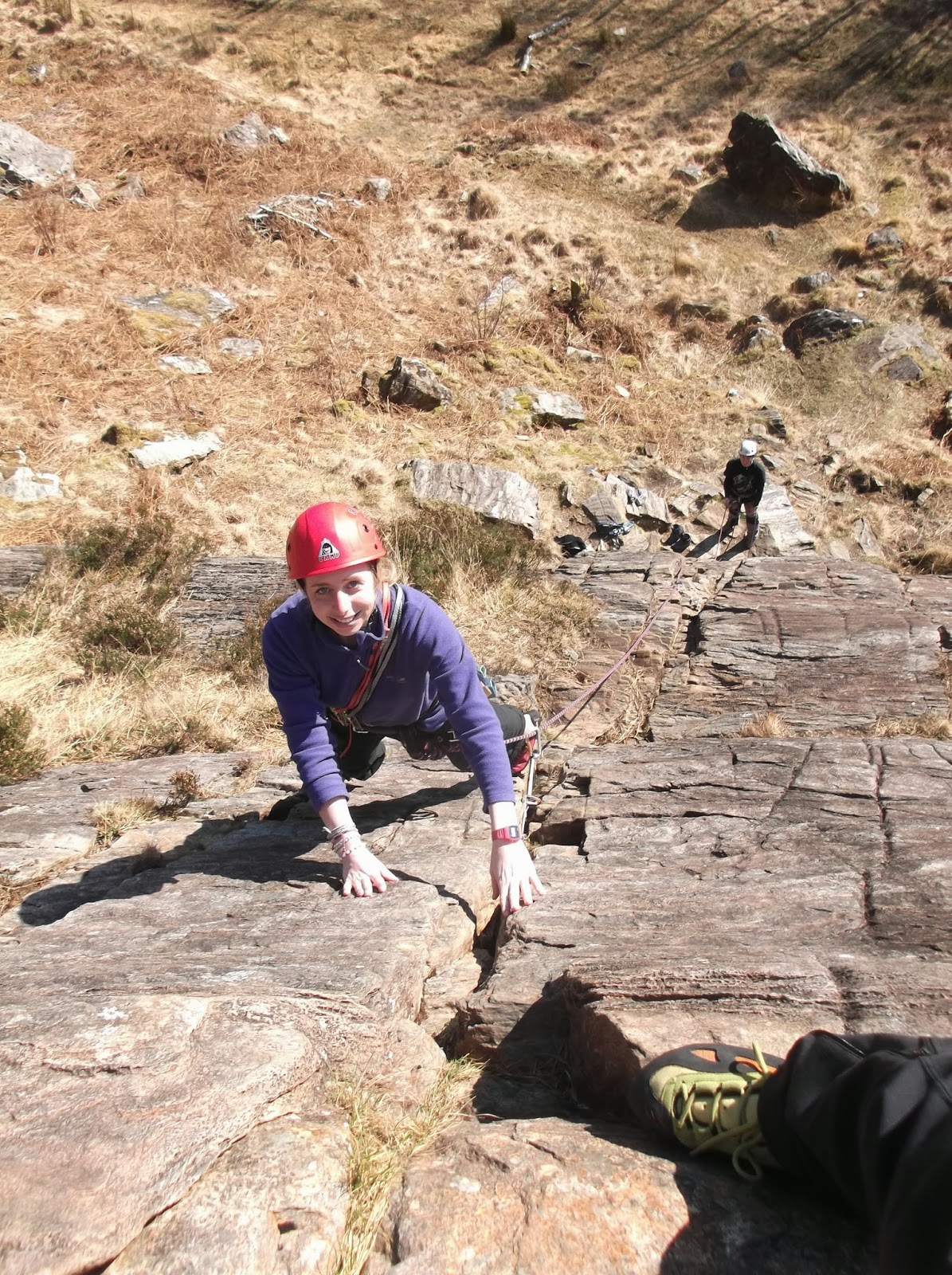 Posted by Scott Kirkhope at 11:25 No comments:

A great couple of days despite the forecasts.

Rich Parker has joined me for the last two days to work with Scott, Kelly, Will and Jo. Yesterday with a high avalanche forecast and lighter winds we headed for Tower ridge which was at the top of the boys list for things they would like to do. We had no rain, in fact the cloud lifted above the summit to give us a great view of what was left after the thaw. Quite a bit of fresh snow fell during the afternoon and we had to make fresh tracks up the ridge which slowed us down a bit but a great day none the less.
Today we headed for North Buttress on the Bauchaille to avoid the gusty winds, the route looked quite black from beneath as we approached but there is still some good snow holding on but it might not last another thaw. 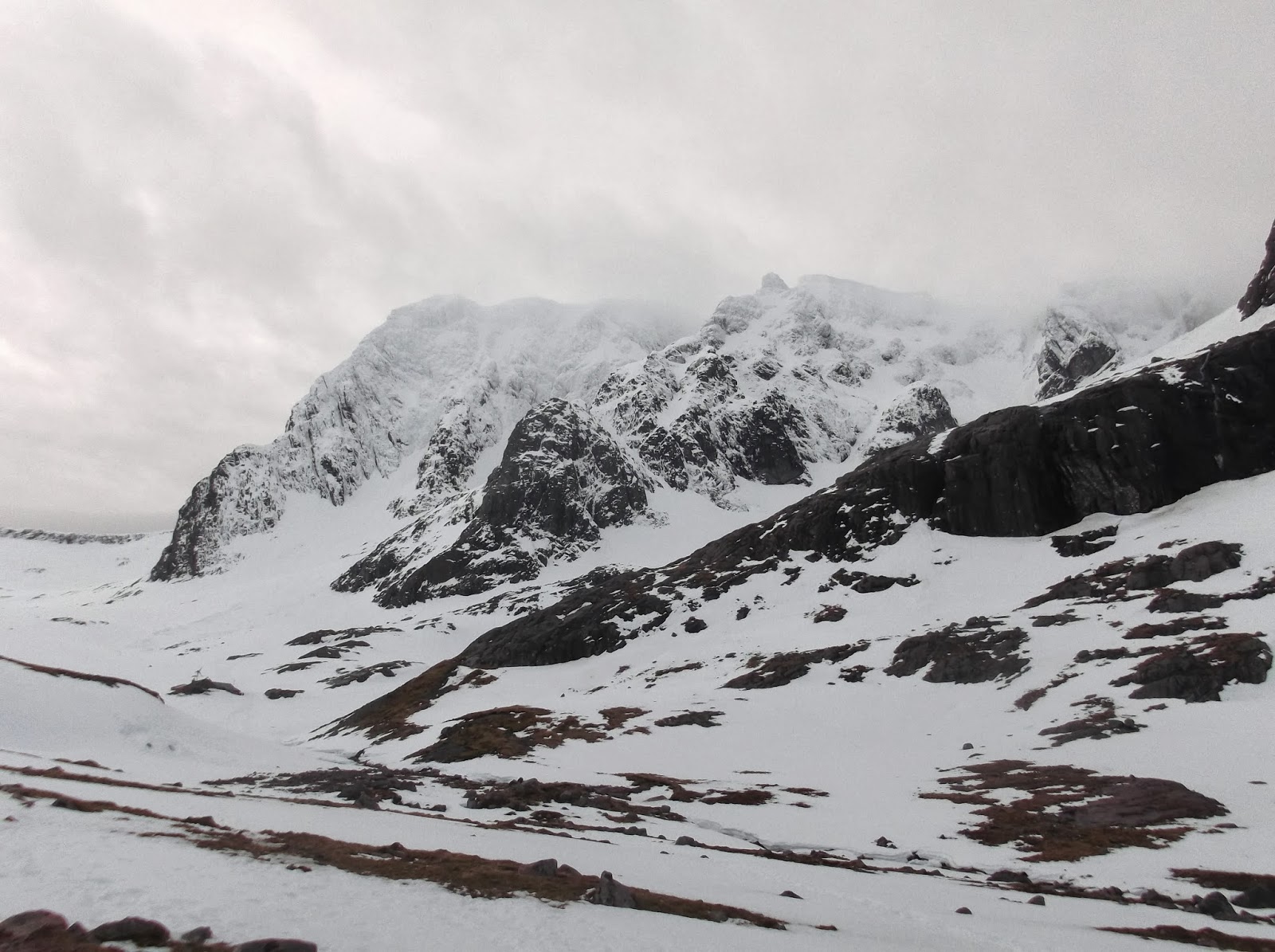 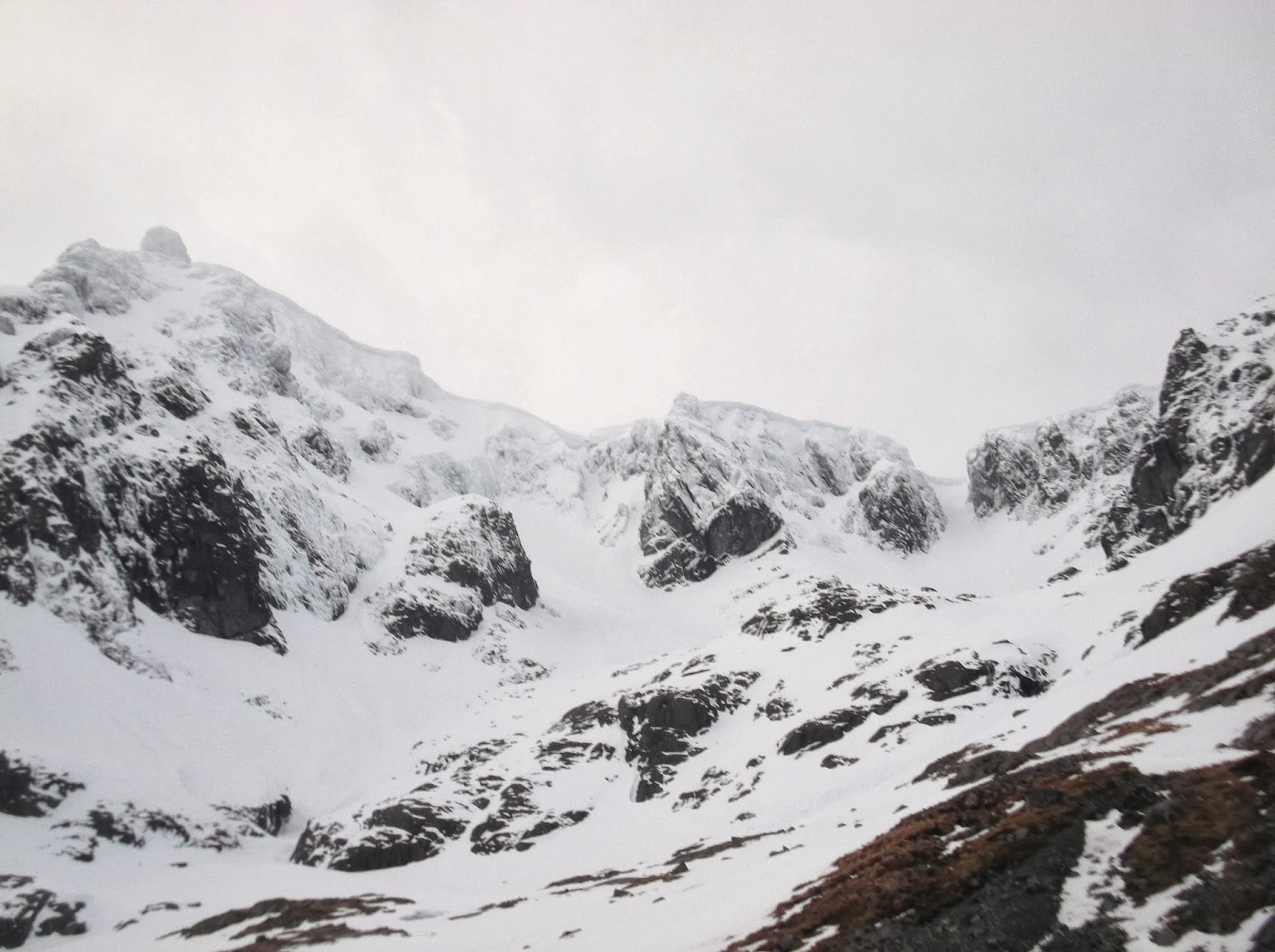 A lot of routes still have large cornices above them. 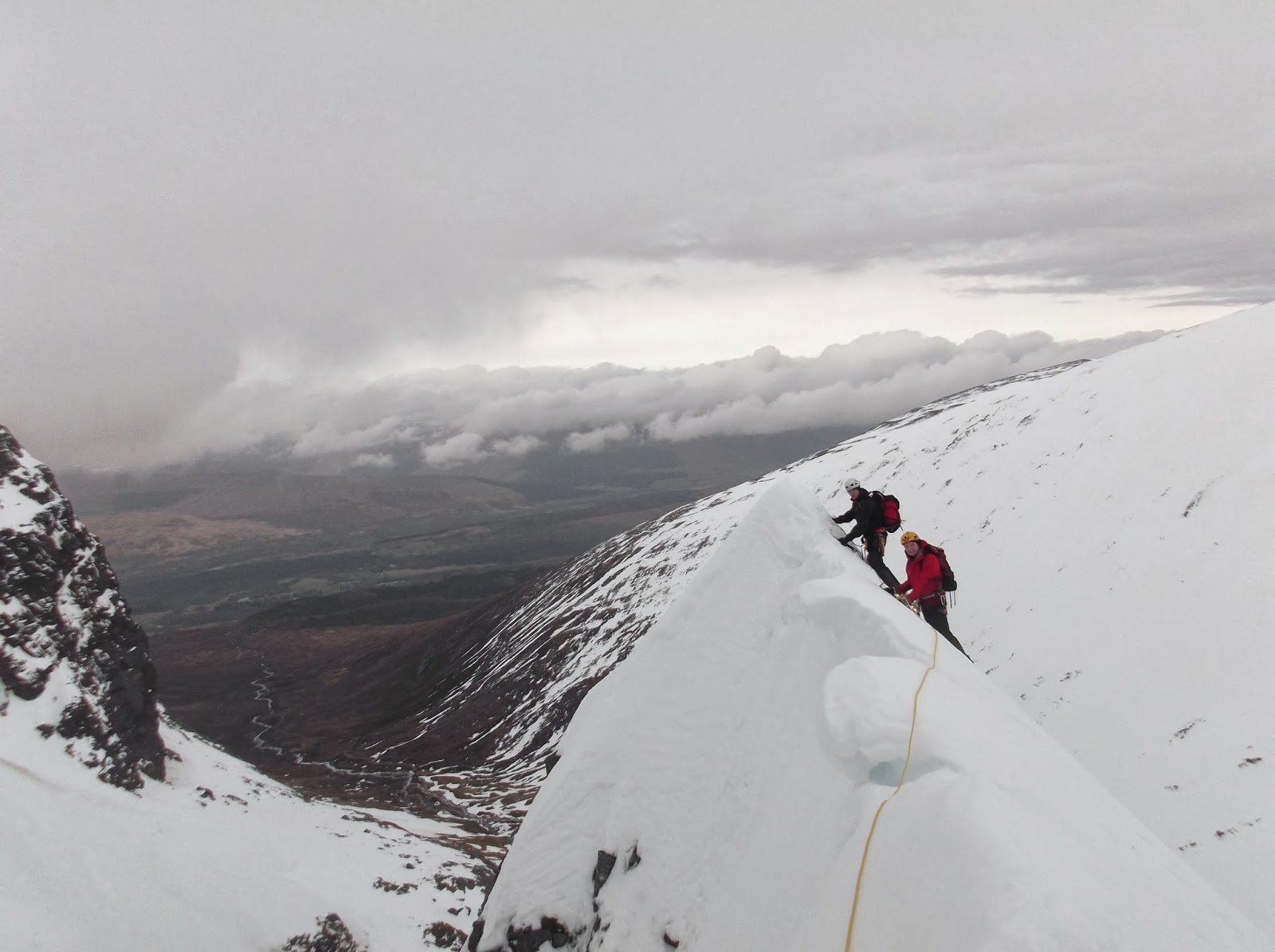 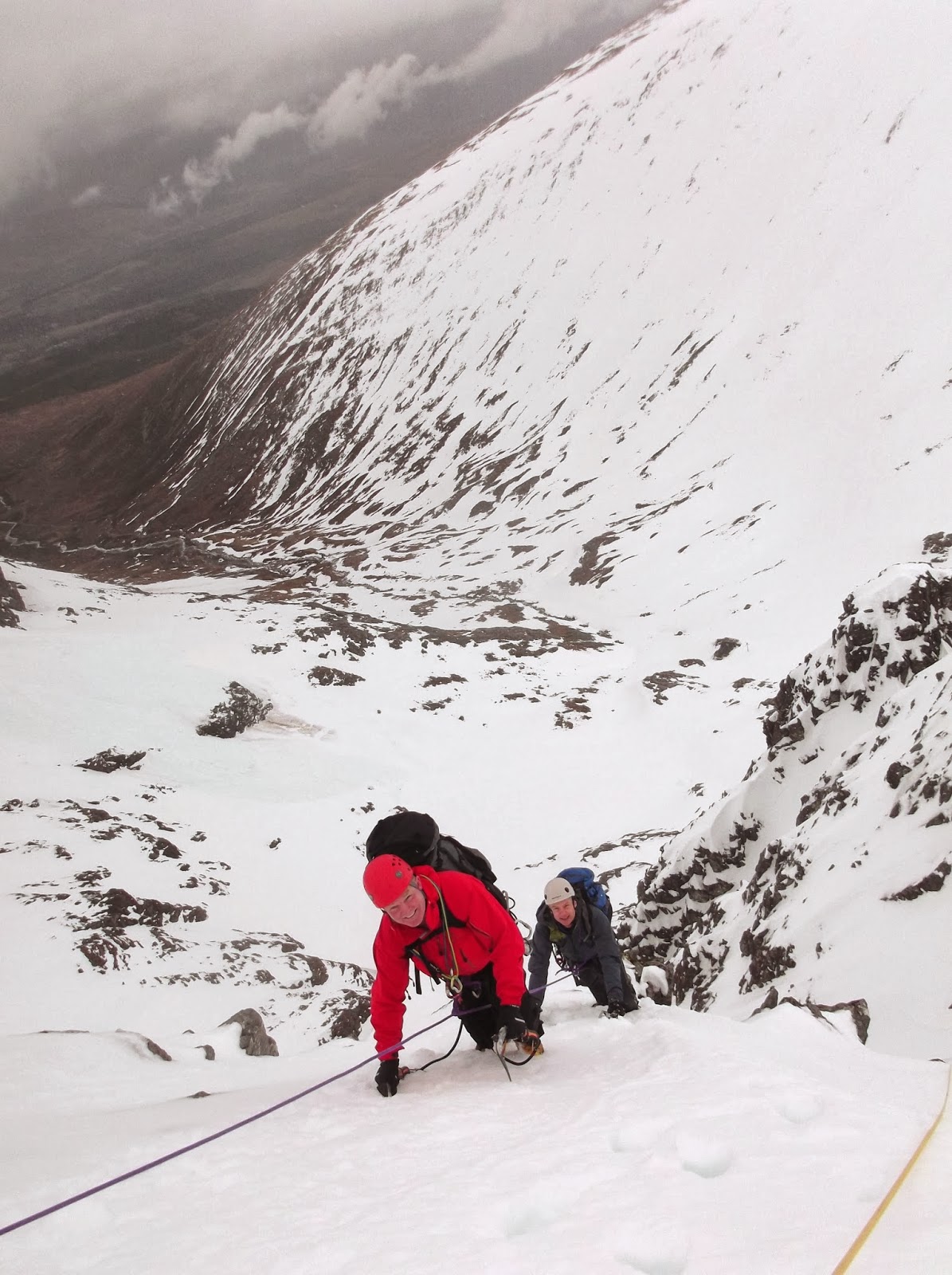 Jo and Will enjoying the dry weather. 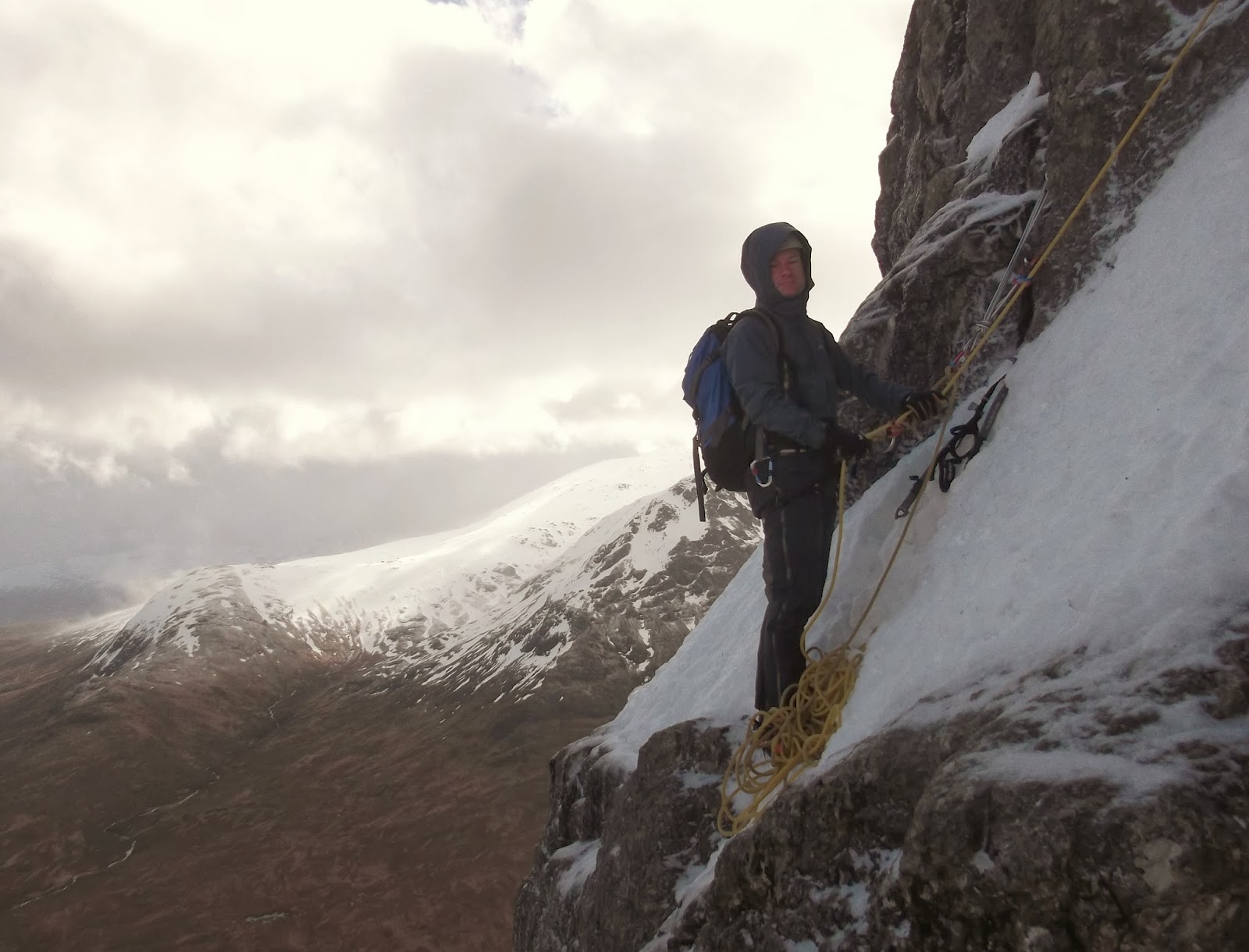 Will hanging around on North Buttress. 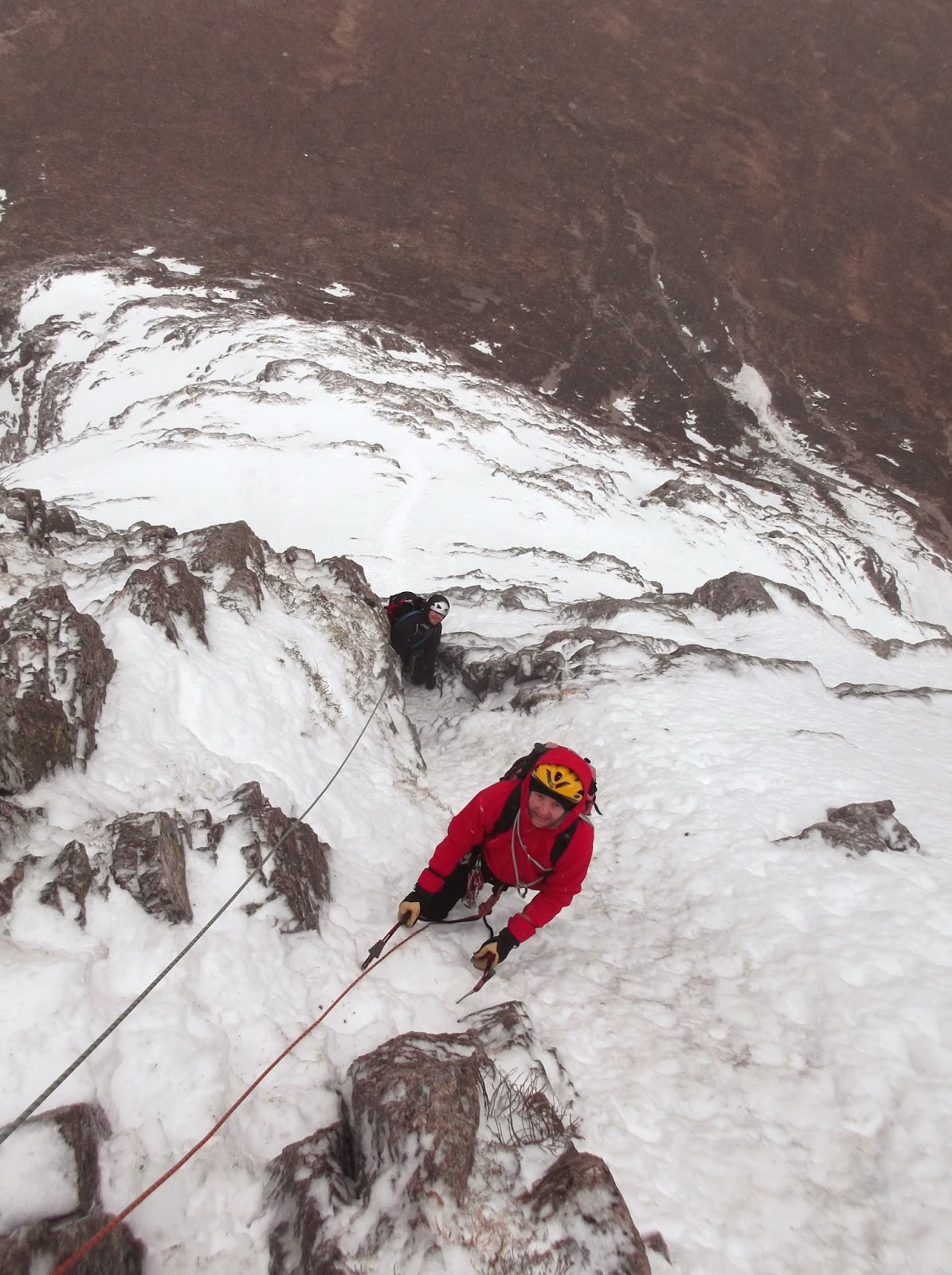 Scott and Kelly getting stuck in. 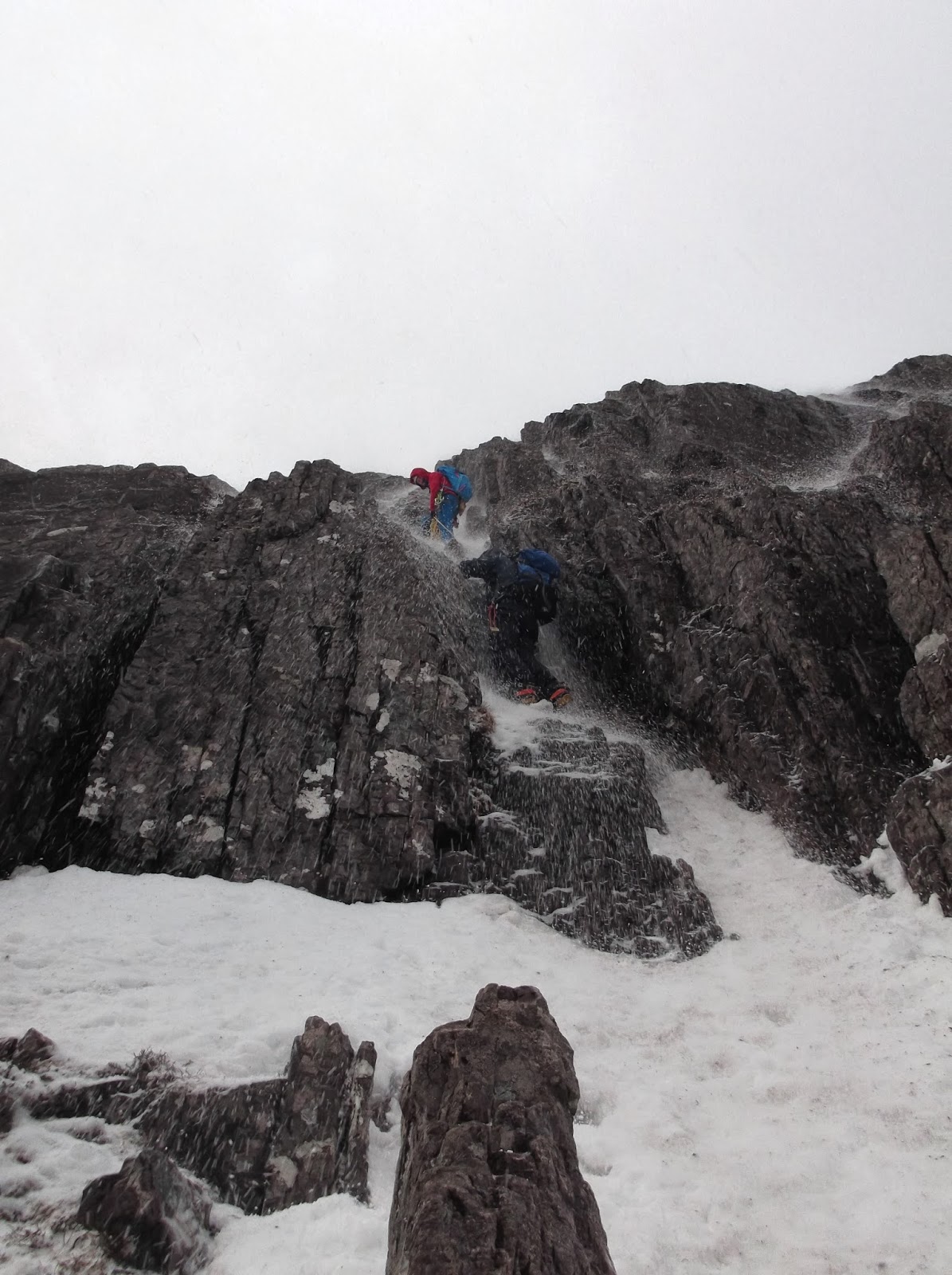 Rich and Will getting a taste of the heavy showers passing through today. 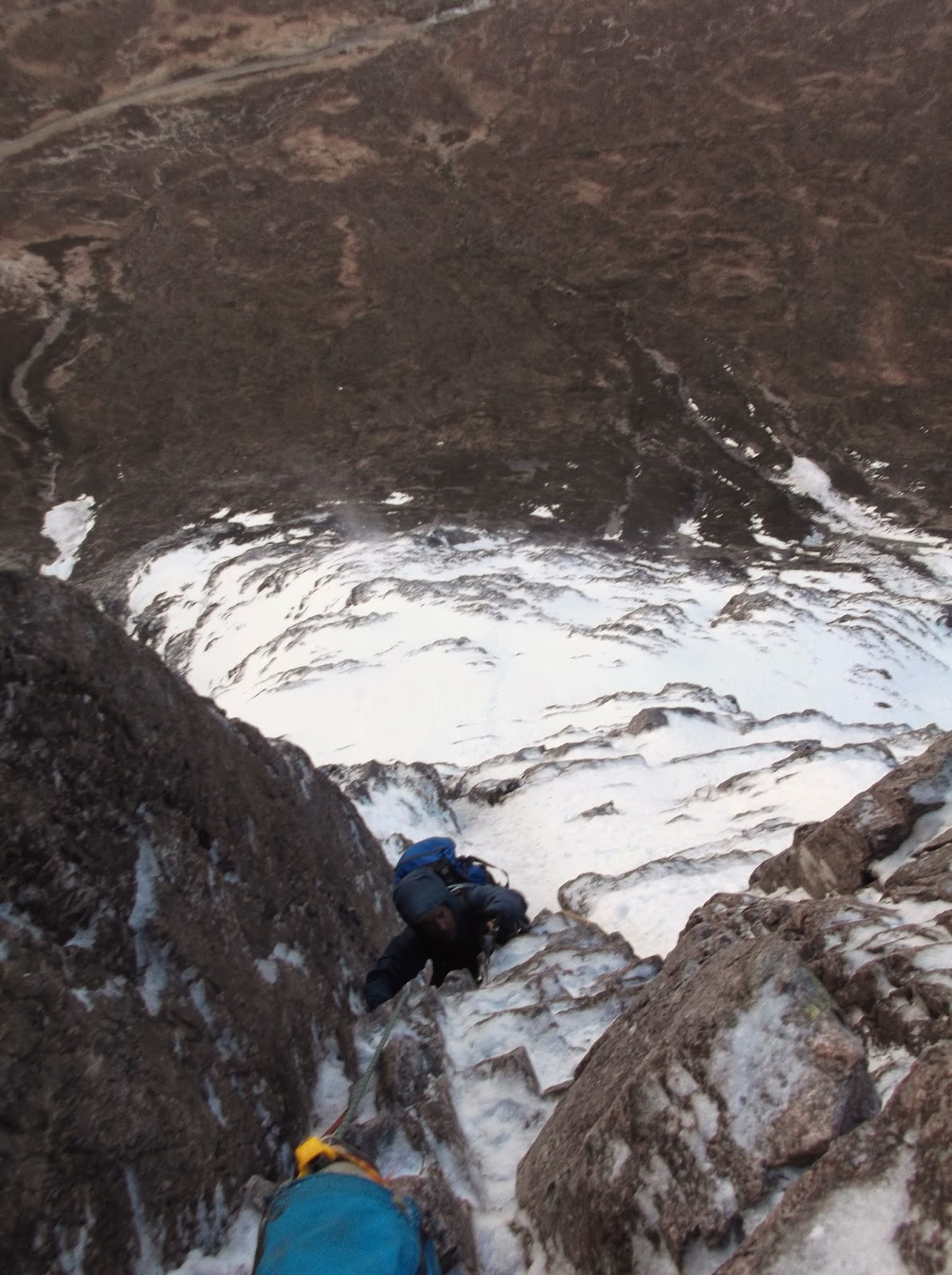 Will on the crux chimney.
Posted by Scott Kirkhope at 11:59 No comments:

On the sharp end.

Dave and I have done a few routes together now in summer and winter and today was his turn to do some of the leading. We headed for a surprisingly quiet Dorsal arete and swung leads up the route with me finishing of on the crux. The route is very banked out with some good simple belays but not a lot of gear between them but the climbing easy for the grade at the moment. Plenty of other parties out in the coire today, too many to list here but a good spread of routes through the grades. A couple of days off for me now, so lets see what the weather brings. 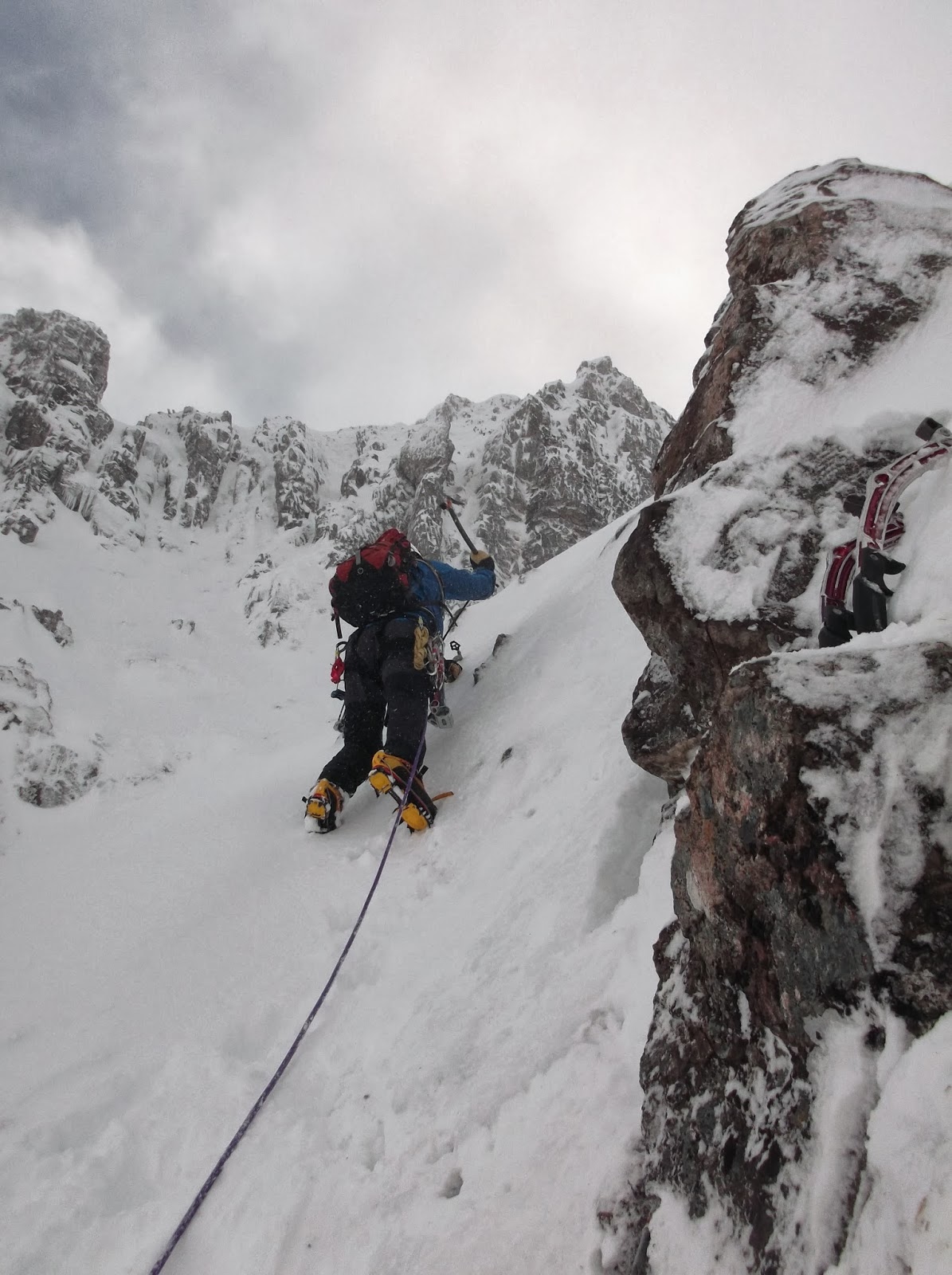 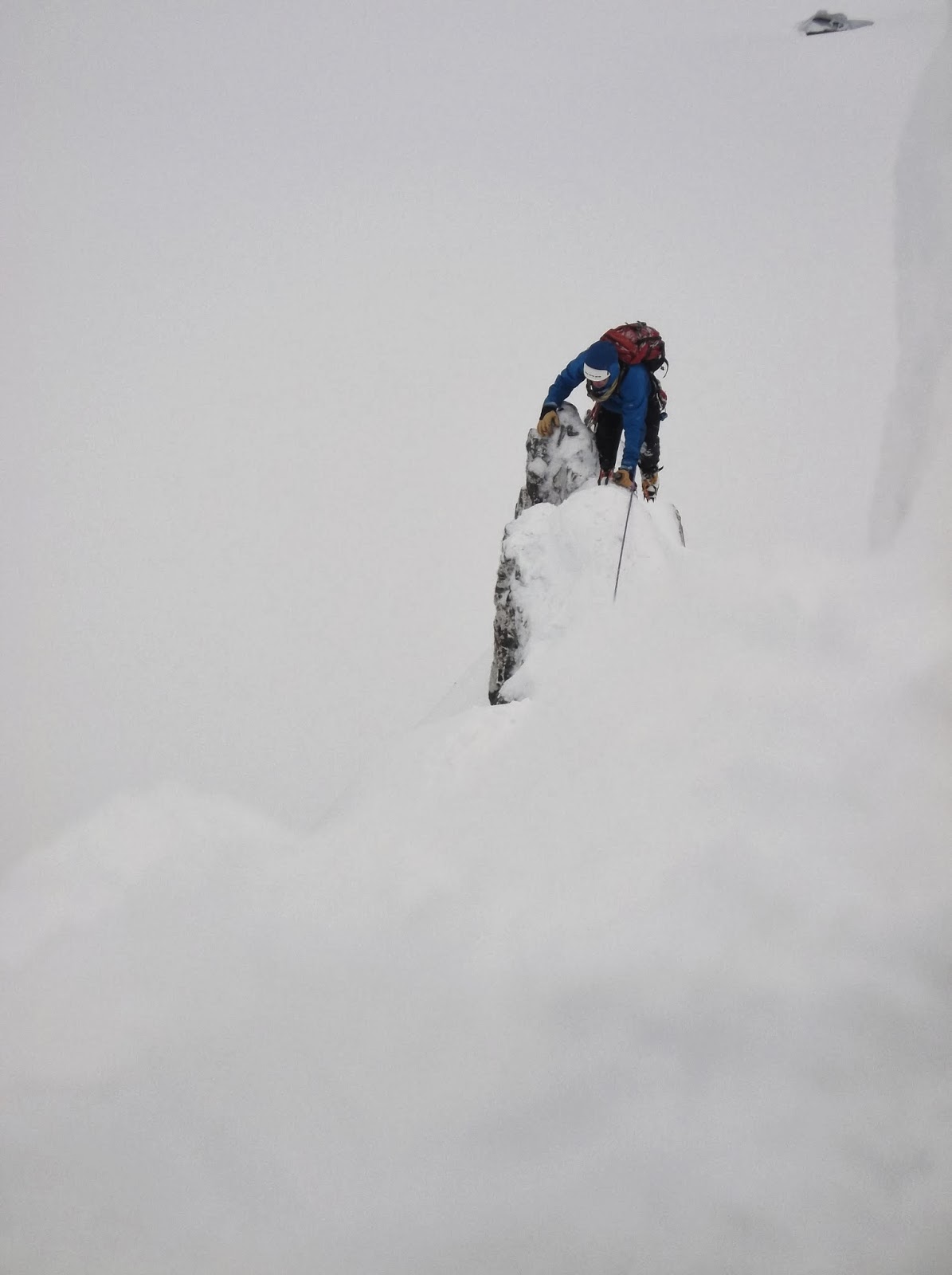 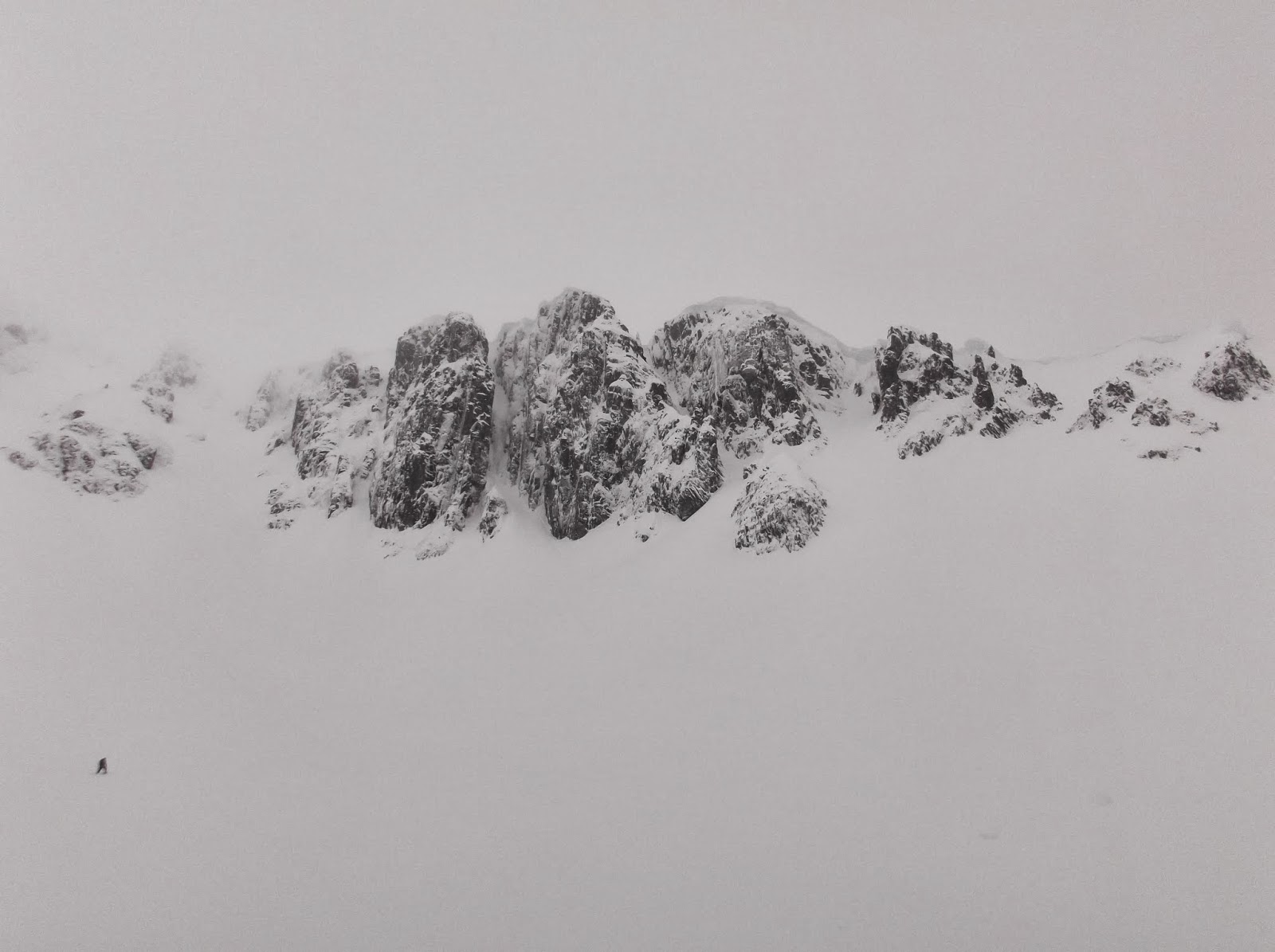 Posted by Scott Kirkhope at 08:50 No comments:

Curved ridge and finally some sunshine.

I'm out with returning client Dave this weekend and today we planned to make the best of the weather. We walked in through some cloud and a bit of drizzle first thing this morning but it didn't take long for it to burn off and the sun to break through. The route was plastered with snow but enough for it to be helpful and we made good time using the steps from previous climbers, the route is easy for the grade at the moment with all of the tricky steps banked out but it was a good route as always. Lets see what tomorrow brings. 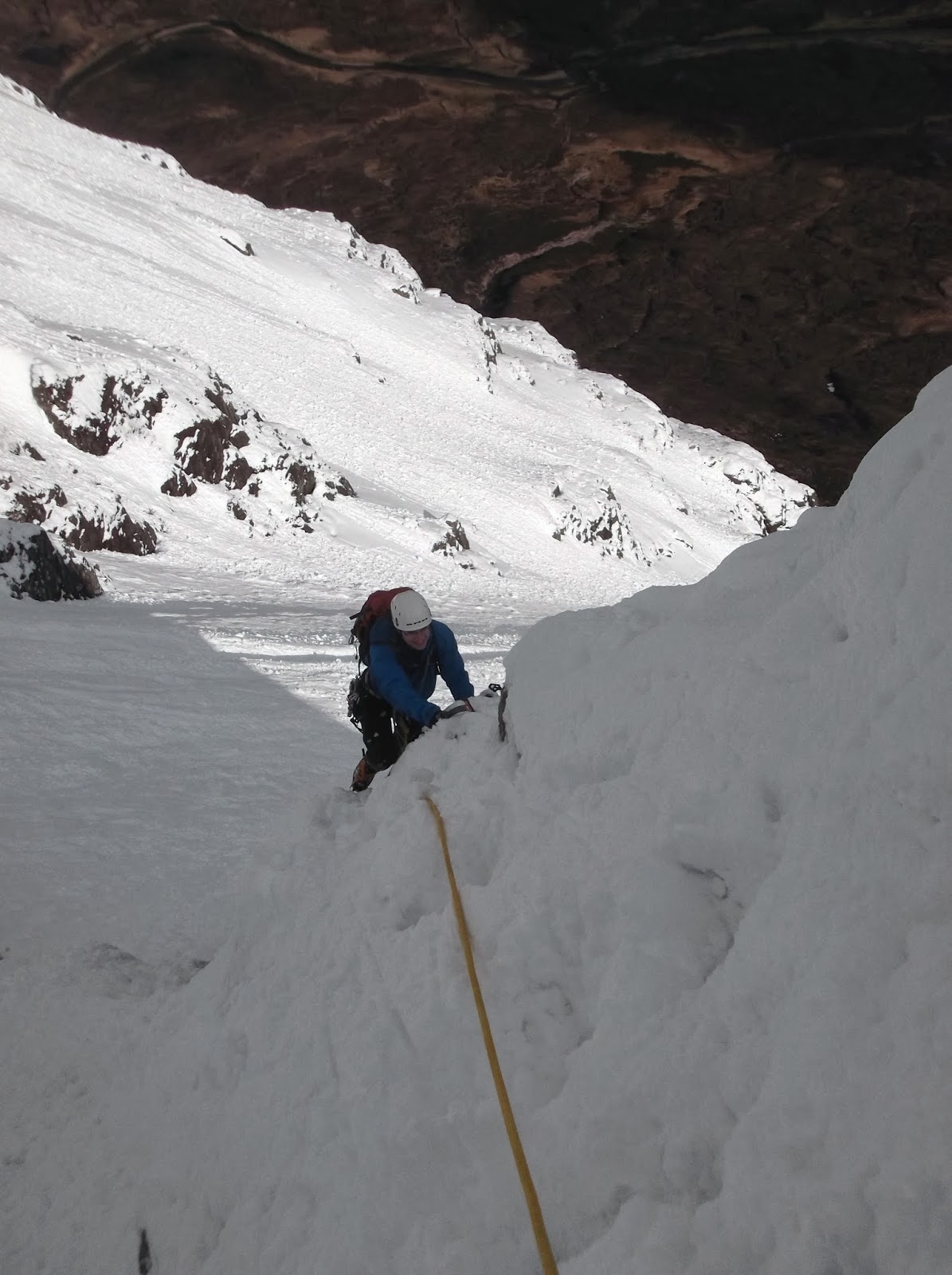 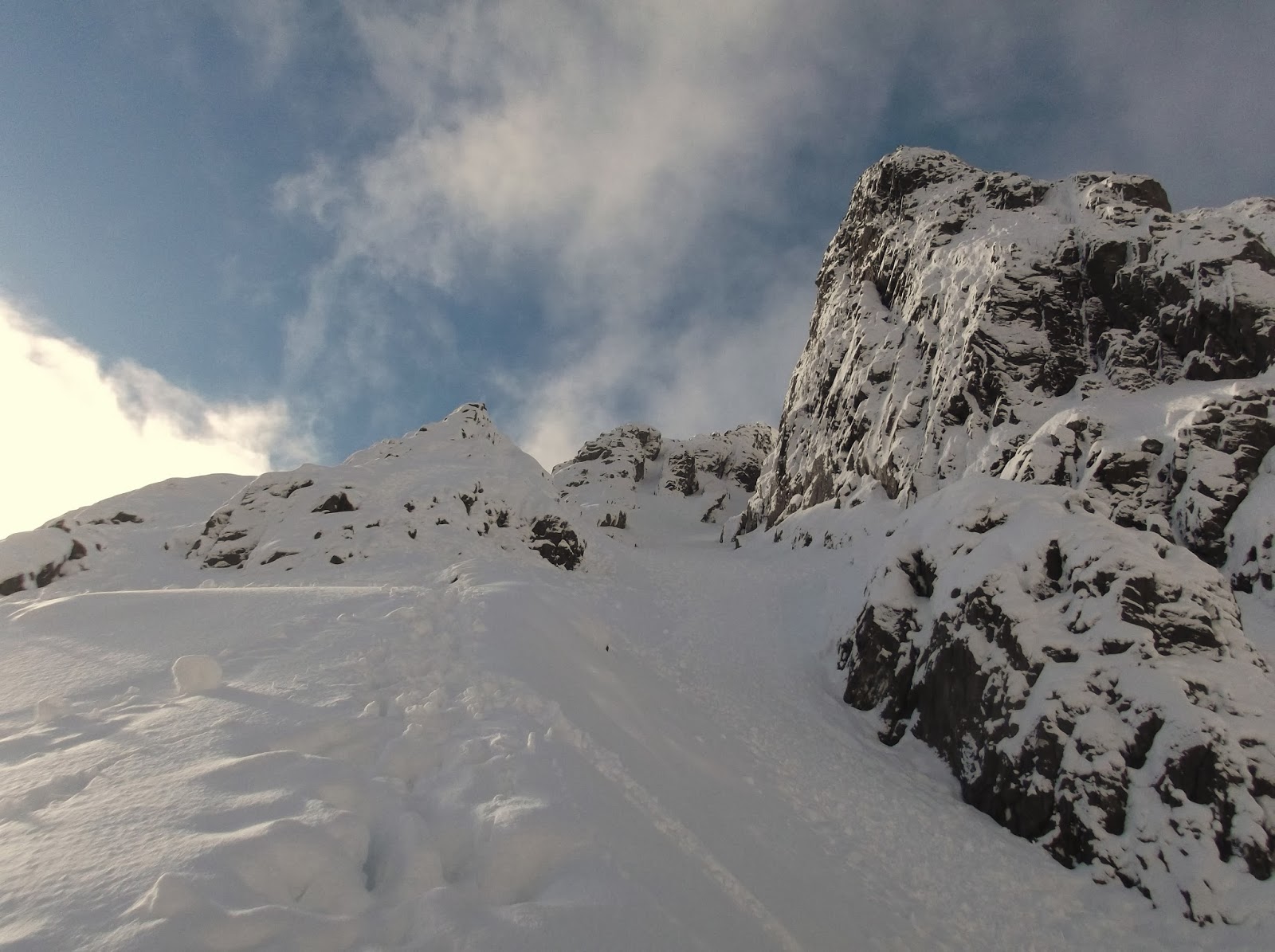 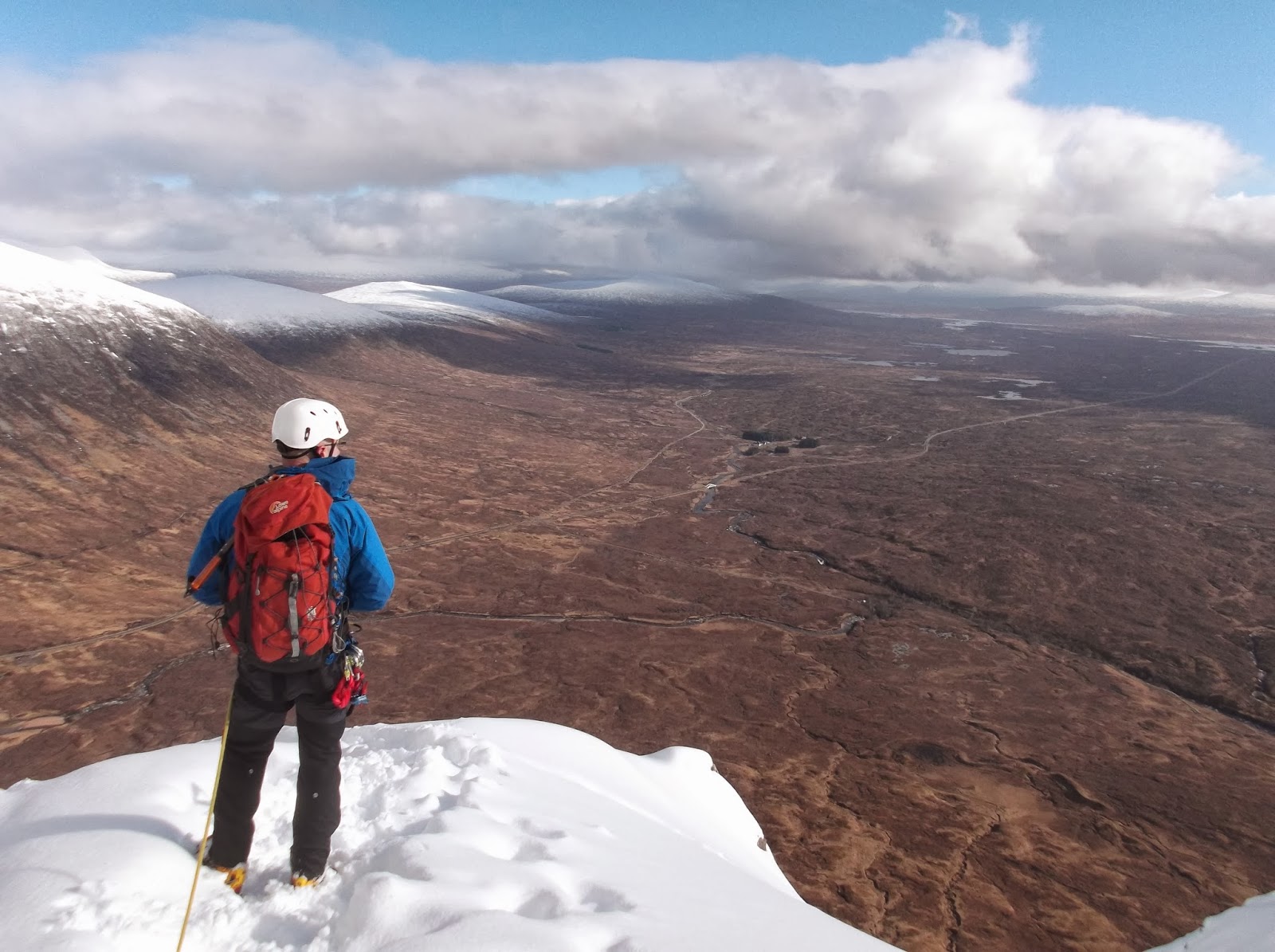 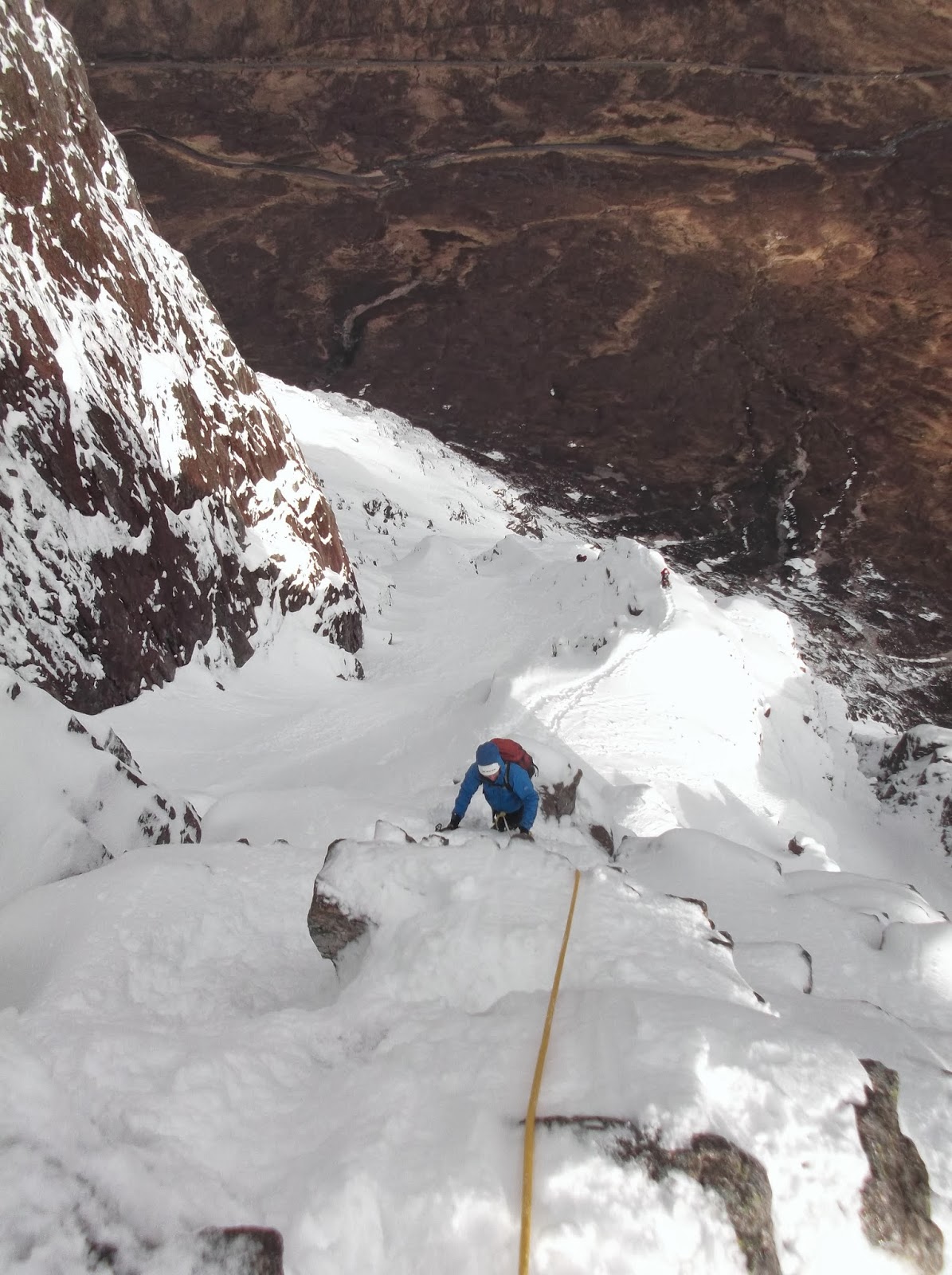 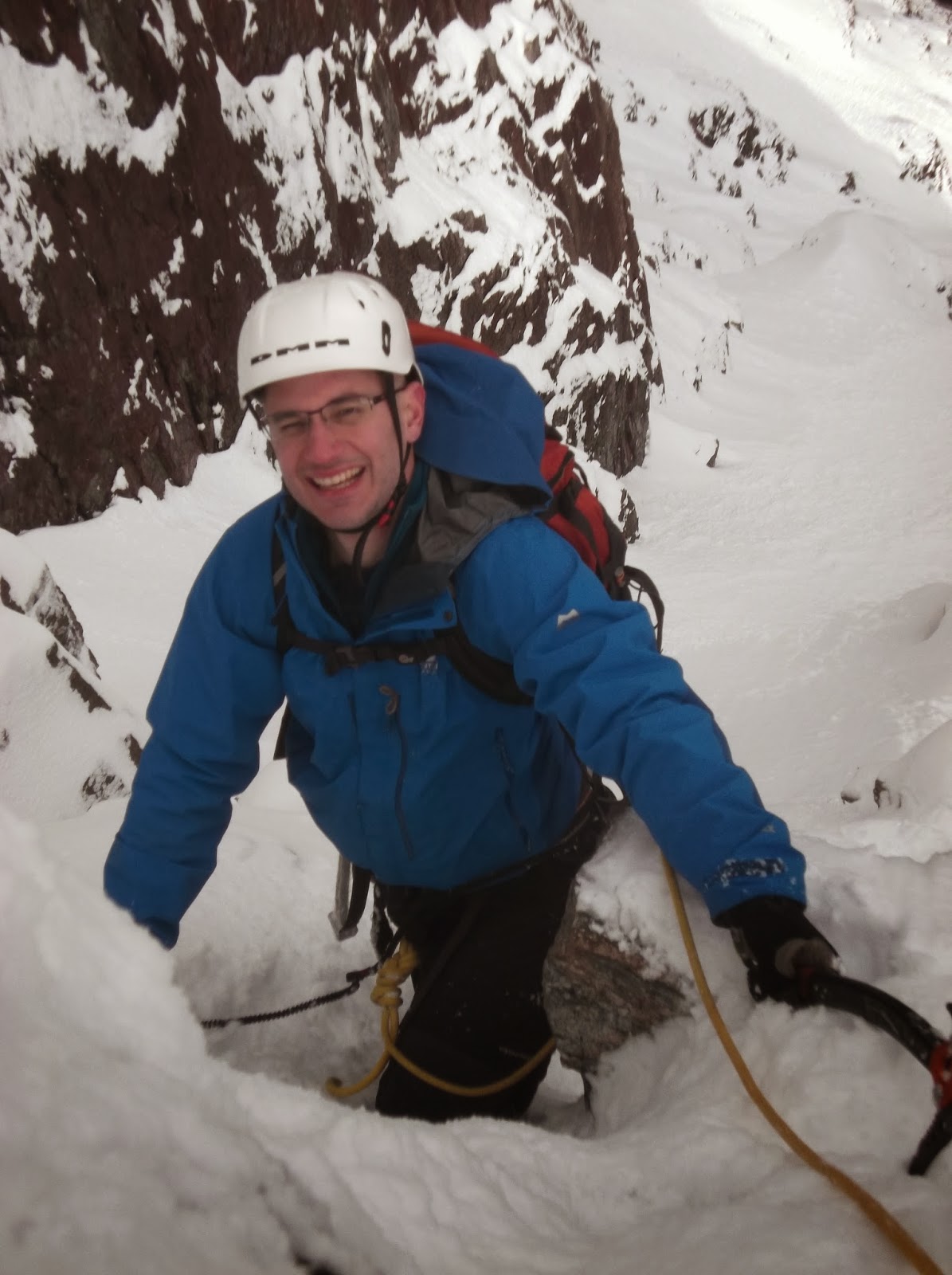 Posted by Scott Kirkhope at 09:17 No comments: