I met up with Chris Sleight this morning from the BBC who was looking to get out on the hill for a piece to be aired on the BBC radio program, Out of Doors. With the freezing level above the summits and the weather set to get worse later in the day we opted for a quick mountaineering trip up Sron na Lairig hoping that the northerly aspect would be holding onto the snow.
It wasn't in the best of winter conditions but it still gave a good day out, with the last 100-150m holding onto some ice and the turf was still frozen. It was a relatively dry day in Glencoe with just one or two short periods of drizzle, so the thaw hasn't been that aggressive, leaving a lot of snow above 800m, ready for the next freeze. More photos on my facebook page. 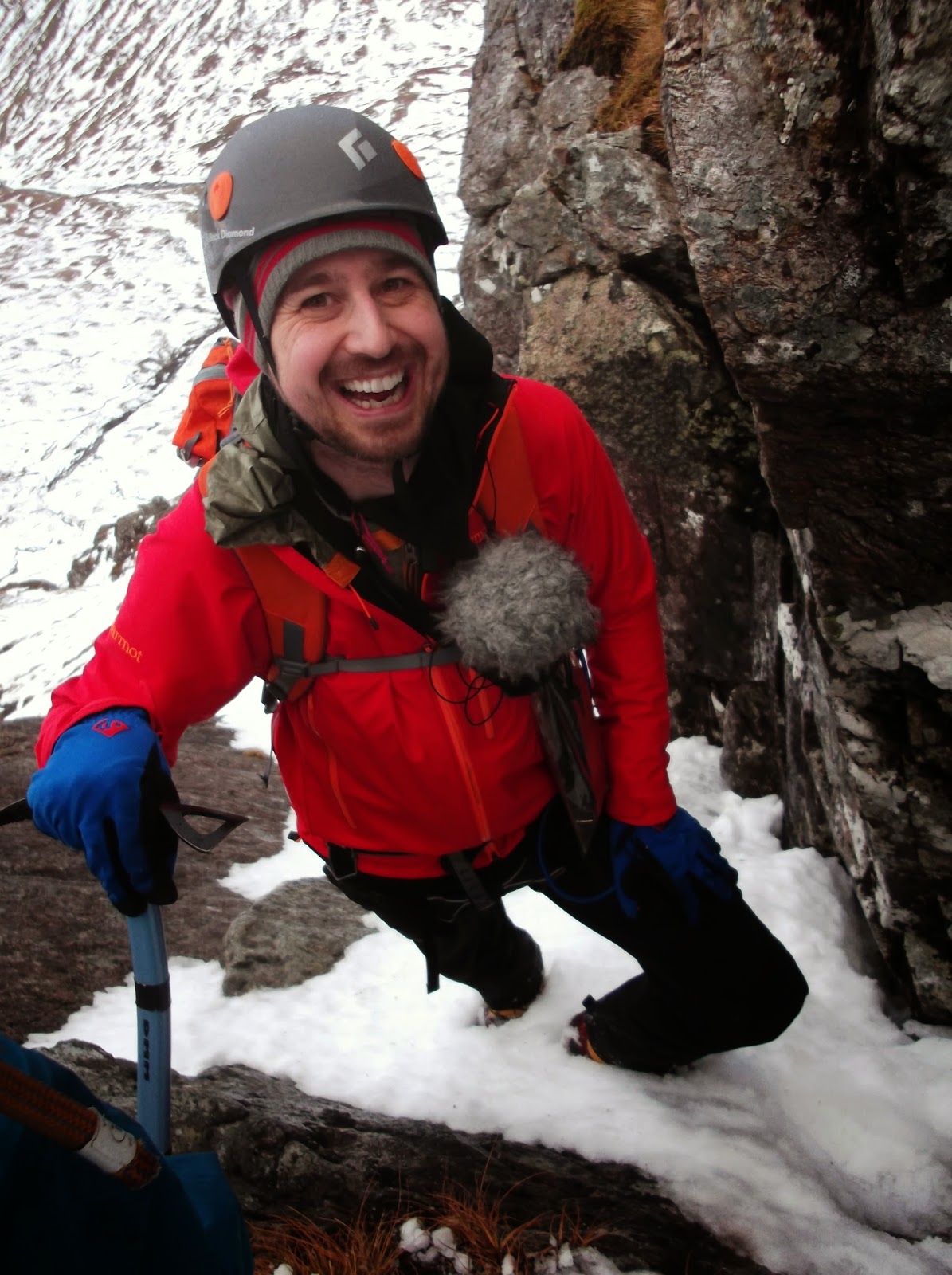 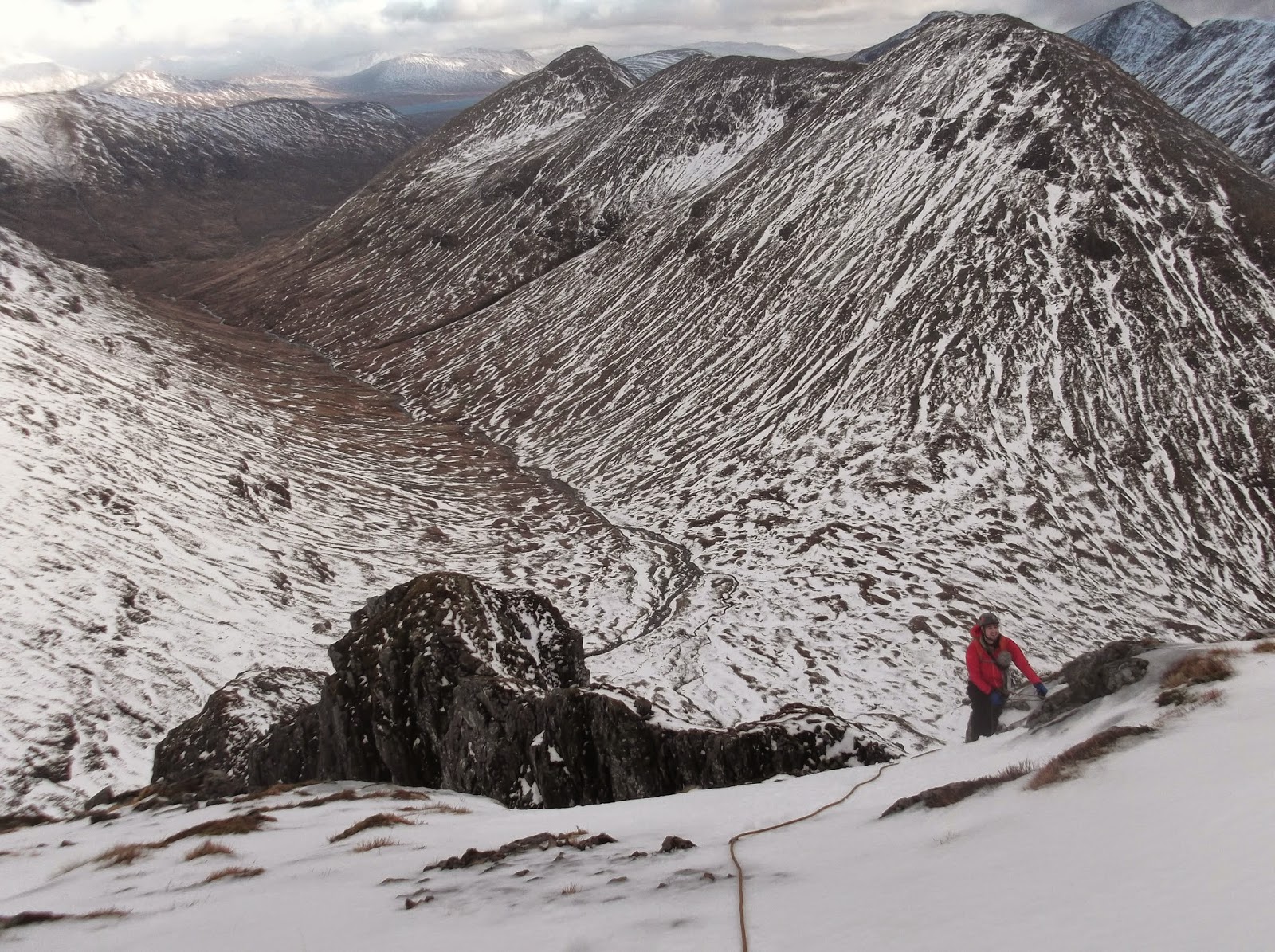 The final few metres to the top.
Posted by Scott Kirkhope at 12:04 No comments:

Things are shaping up nicely.

After a failed attempt to get out climbing for myself on Saturday, today was the first day of work for the winter. I was out with Simon and John, working for Apple Mountaineering and Ken was out with a pair too. We headed up to Stob Coire nan Lochan with a sense of optimism under brightening skies, the freezing levels had dropped over night and a good covering of new snow had fallen making for some harder going in places but ok.
A few teams were out with people on Inclination, Dorsal arete, Crest route and a brave pair made their way up NC gully. The snow has started to freeze but is quite variable and there was some exposed frozen turf on Dorsal arete but the top section is still very mixed. Other teams reported good conditions on the steeper routes.
I'll be updating my facebook page regularly with photos and conditions this season, so give us a like to see what I've found. 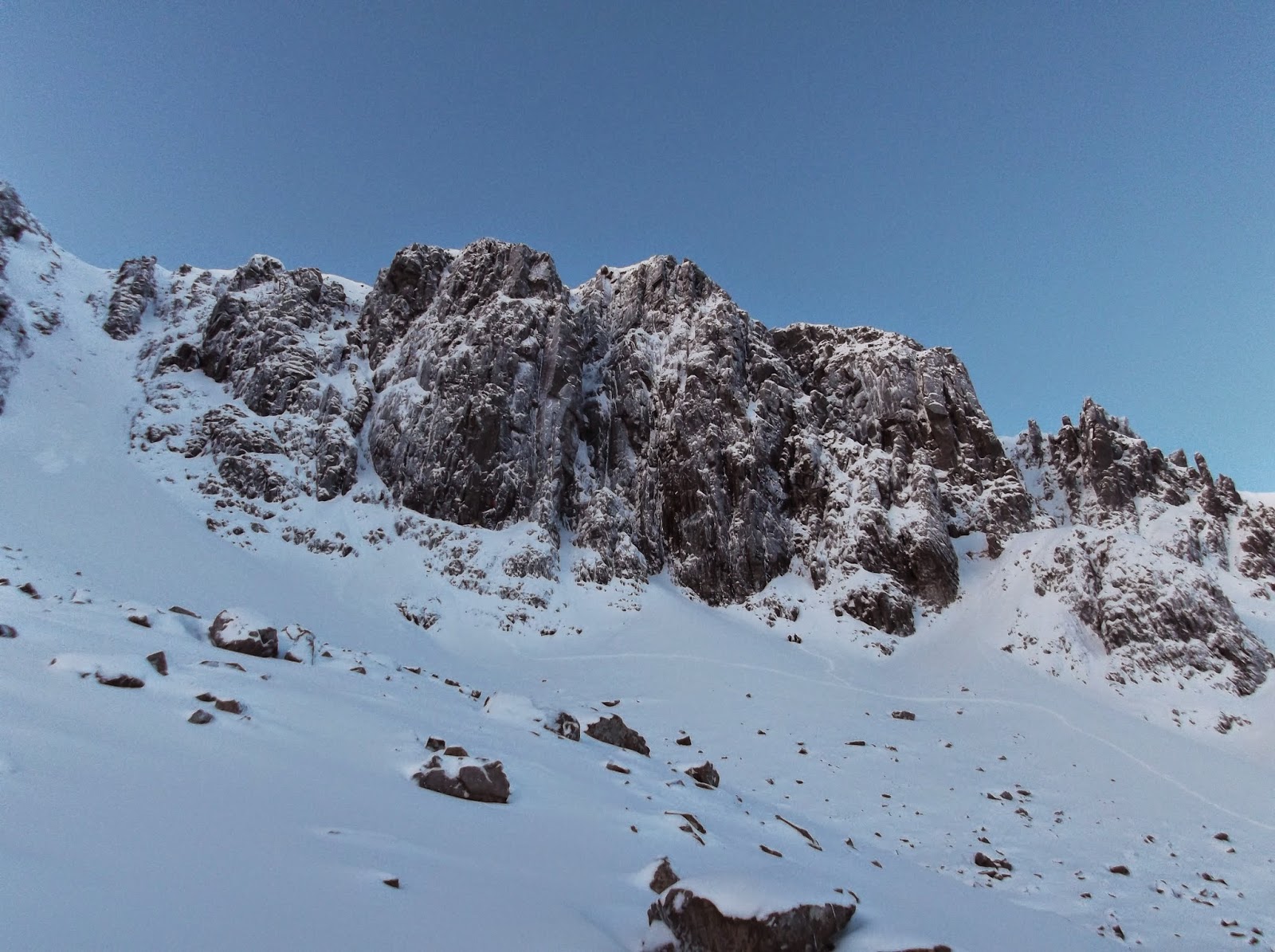 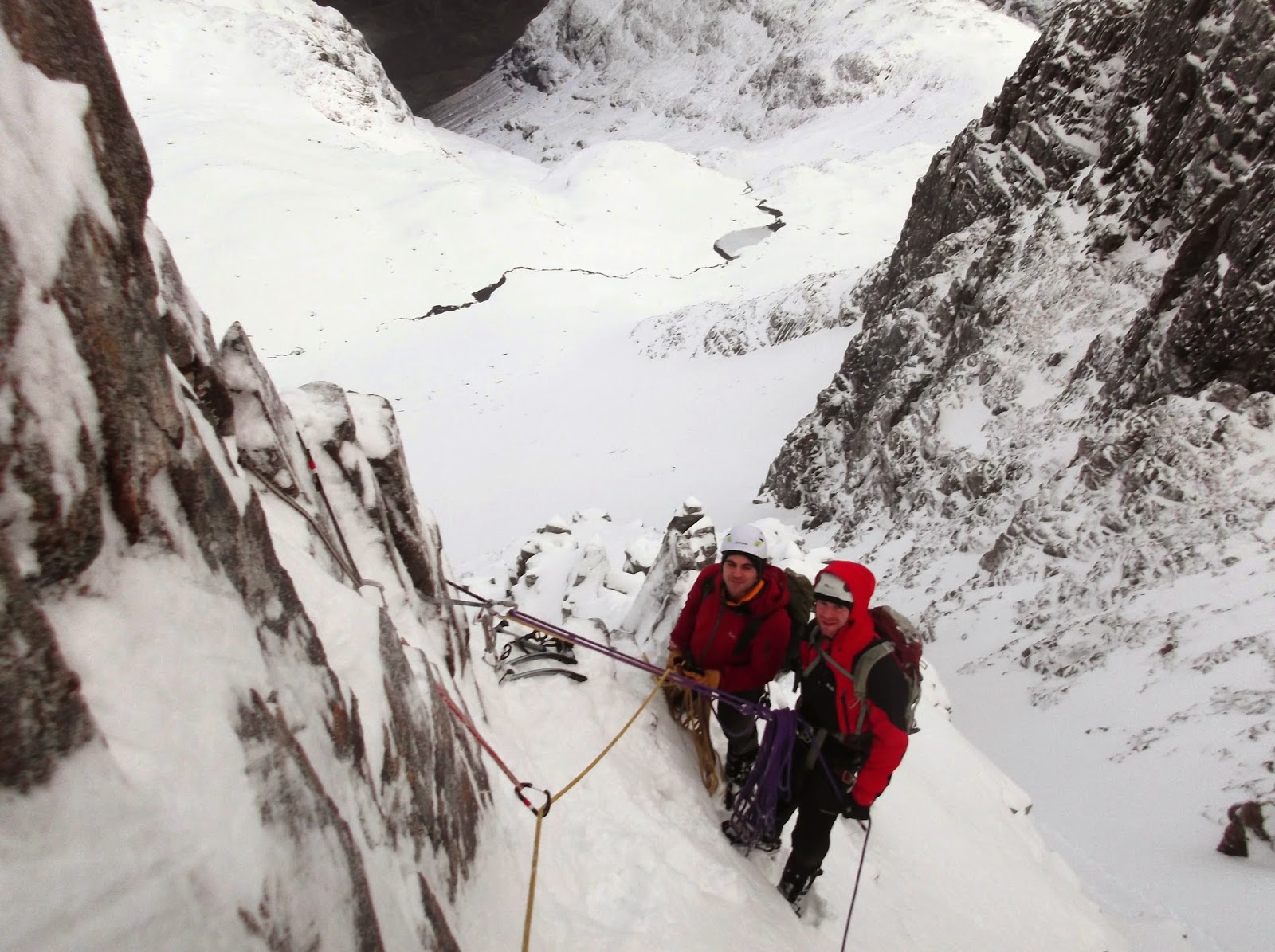 Posted by Scott Kirkhope at 11:41 No comments: