In the white room.

Today was about Julian and Jelena putting into practise some of the decision making they covered with Dave yesterday. After a good planning session looking at the weather and avalanche forecasts they decided avoidance was the best plan and chose to climb the couple of peaks to the west of the Devil's staircase in Glencoe. This meant they approached from the east and stayed low enough to avoid the forecasted considerable avalanche terrain that started at 800/900m. Even at this height the going was still tough and the visibility was variable which gave us an opportunity to look at winter navigation techniques. The guys did great and after a day off tomorrow they'll be heading out on their own. 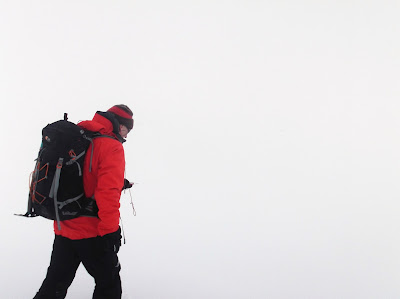 walking on a bearing. 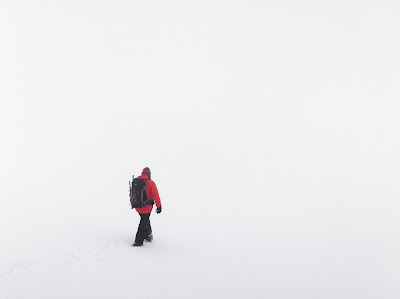 There wasn't a lot to see at times today.