SW ridge of the Douglas boulder.

Sarah and I headed up to the Ben yesterday (Wednesday) with a fairly open mind and a rack for all occasions. After lots of discussion about route choice given the conditions and avalanche forecast we settled on the SW ridge. As always it gave three good pitches of climbing with some very helpful neve. It was busy around Douglas boulder with a few teams in the Fawlty towers area, all of us choosing to stay low and avoid the larger open snow slopes above. One team had a look at vanishing gully but quickly returned to their bags because of mushy ice and waterfall gully was reported to be in similar condition.
There looks to be lots of Ice from point 5 round to the minus face but I think the ice will still need a bit of time to freeze as it is being insulated by yesterday's new snow but it is looking good. 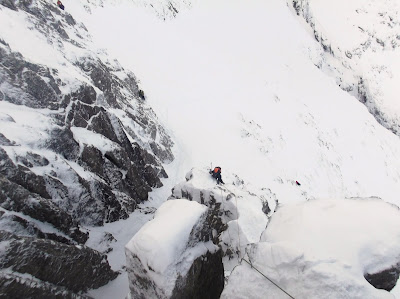 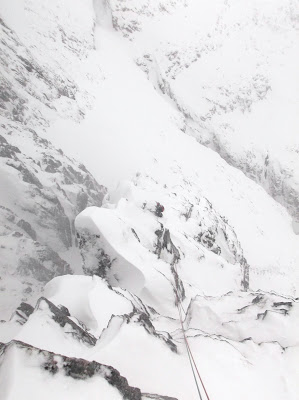 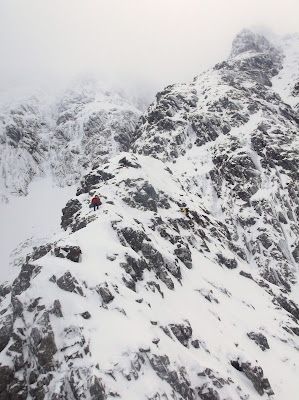 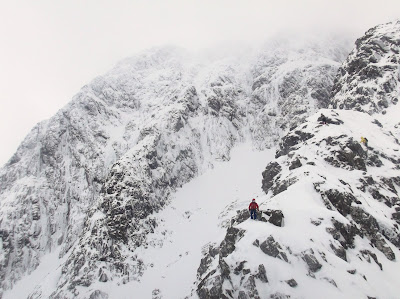 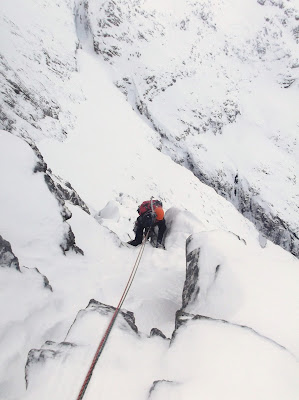