It has been a very dry December and January and the Highlands have not looked as white as they should do for a while now. We have had some cold temperatures and people have been climbing routes but mostly just the big gully's and the odd mountaineering route.
I wasn't too hopeful for today in terms of what we would find on the hill but I should know better than that by now. Gill and I headed up onto Aonach Mor today (probably the lowest lying snow in Lochaber) with a winter skills group from West Highland college. Although there was less old snow than we thought there would have been we did spend the whole day moving around on snow and managed to cover a range of movement skills and the drifting snow and strong winds definitely tested some members of the group. 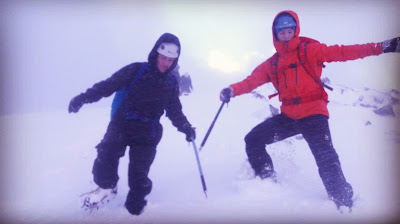 I think they are just excited as I was to be playing in the snow. 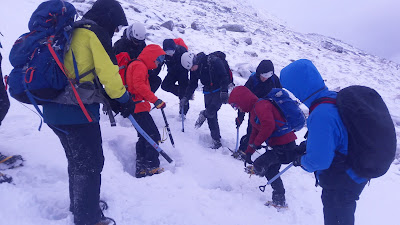 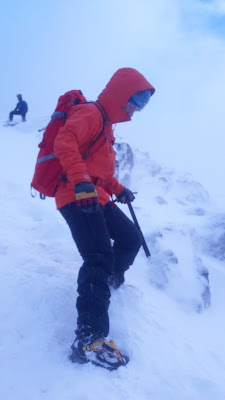